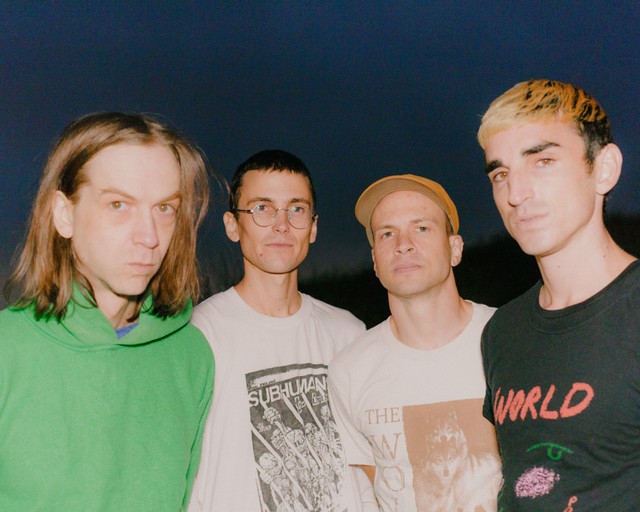 DIIV have released a new song, “Taker,” from their forthcoming album Deceiver. Gauzy and effervescent, it’s the follow-up to first single, “Skin Game,” which was released along with the album announcement last month.

Deceiver is the band’s third full-length studio album, and the first since 2016’s Is the Is Are. That album was recorded after a long struggle with addiction, and Frontman Zachary Cole Smith once called it “a light at the end of a tunnel” and “a chance at redemption,” with regard to sobriety, though he’s since changed his tune. “What I did on the last record really trivializes what people go through,” said Smith in an interview with The Know. “To be like, ‘Yep! I’m sober! Easy. Here’s a record about that.’ Getting sober and staying sober is (expletive) hard. It’s (expletive) painful.”

Smith checked himself back into rehab in 2017, and has said that “Skin Game” was inspired in part by his experience getting clean. “Our last record was about recovery in general, but I truthfully didn’t buy in,” he said. “I decided to live in my disease instead.”

Deceiver is out on October 4 via Captured Tracks. Revisit SPIN’s 2016 feature “DIIV: To the Darkness and Back,” and check out the band’s new single “Taker” below.