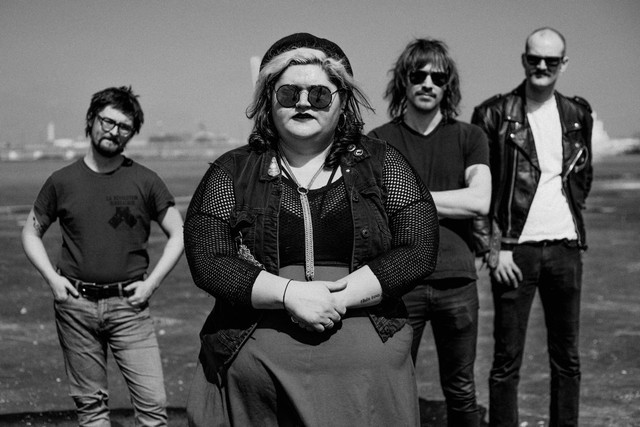 Sheer Mag have released the newest single from their forthcoming album A Distant Call, along with an accompanying music video. “Hardly To Blame” is decidedly more personal and melancholic than its predecessor, “Blood From A Stone,” which dealt with social inequity through a punk lens. Guitarist Matt Palmer offered some insight into the new single in a statement:

In “Hardly To Blame” we see the psychic landscape of Philadelphia transformed by the collapse of [vocalist Tina Halladay]’s relationship with her partner. The streets they used to walk together, the bars they used to drink at, and the friends they used to share have all been tainted by the lingering memories of their time together. Closing out side A of A Distant Call, “Hardly to Blame” shows Tina spiraling further down and down. Unfortunately the worst is yet to come, but “Hardly to Blame” gives us a glimpse at someone who thinks they’ve hit bedrock, unaware that the bottom is about to drop out.

A Distant Call is out August 23 on Wilsuns RC, and follows up the band’s 2017 debut Need to Feel Your Love. Revisit our August 2017 cover story on the band, and check out the new video for “Hardly To Blame” below.