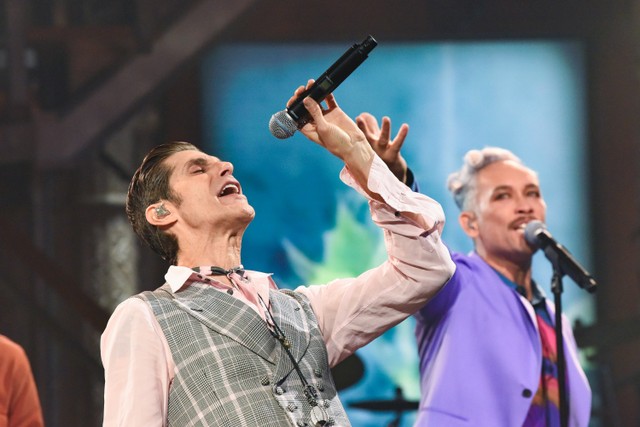 Perry Farrell showed off his spiritual side when he and the Kind Heaven Orchestra performed on The Late Show With Stephen Colbert on Monday, July 29. The Jane’s Addiction frontman softly sang “Let’s All Pray for This World,” the closing track on Kind Heaven—his first solo album since 2001—with his orchestra backing him up. It wan an involved and theatrical performance, complete with violinists, four backup singers, and scenes of nature playing on screens behind the band.

Ahead of the performance, the musician tweeted of the tune: “A song neatly weaponized; we’re out to defeat racism by recruiting spiritual mercenaries- who collectively realize that ‘We are all divine’ (beings in god’s form).”

Kind Heaven notably contains the anti-Donald Trump protest track “Pirate Punk Politician.” In a previous interview with SPIN, Farrell talked about how he got inspiration for the new album, saying, “It really did come to me in a dream. I believe completely in astral projection. I also believe that a spirit can come and talk to you when you’re sleeping. I completely believe that in that moment, more subtle energies are allowed to mingle.”

Watch Farrell’s performance on Colbert below.