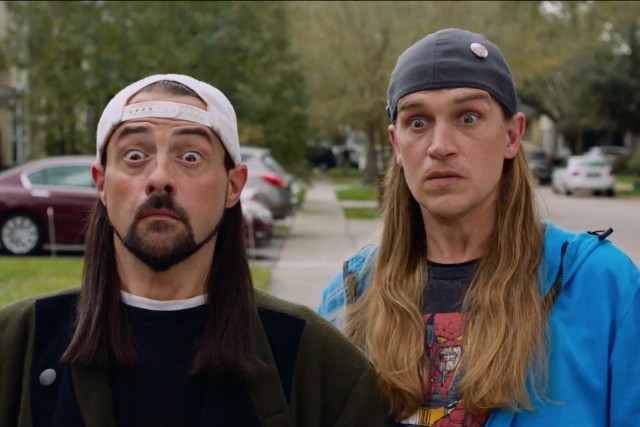 Jay and Silent Bob are returning to the big screen this fall in Kevin Smith’s latest View Askewniverse film Jay and Silent Bob Reboot. The first trailer dropped today after premiering at Comic-Con, offering the first live-action look at the duo since Clerks II in 2006. The film appears to stay faithful to Smith’s description of the project last May: