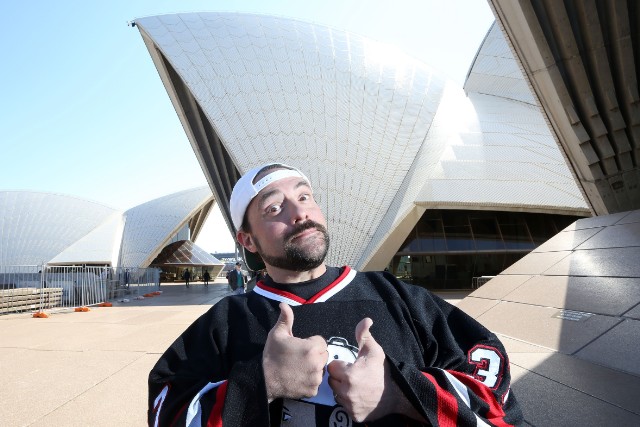 Kevin Smith will read the script for the unmade second sequel to Clerks live at the First Avenue Playhouse in Atlantic Highlands, NJ, with help from a group of unnamed “friends.” The event is being held as a benefit for the Playhouse, where Smith held auditions for the original Clerks over 25 years ago. Tickets will run you $100 each, with only 80 total seats available.

Clerks is hitting it’s 25th anniversary this October. Smith was intent on making Clerks III after the release of Clerks II back in 2006, but was apparently held up by a disinterested cast. Last year, Smith blamed Jeff Anderson, who played Randal in the original film: “I want it so badly but I can’t do it without him, it was written for him,” said Smith in an interview with LRM Online. “But the Randal part is the whole movie, like it’s Randal’s flick. So unless he changes his mind — if and when he changes his mind, I doubt that’ll happen — then we can kind of move forward. I could never recast it, he is Randal, Jeff Anderson.”

This August – in the great state of New Jersey! Come hear what might have been, when we read the unmade CLERKS III script! There are only 80 seats at a pricey $100 apiece, but all the money goes to The First Avenue Playhouse (it’s a Benefit for them)! Tix: https://t.co/yJMbZzs8c0 pic.twitter.com/fFeslWDMRf