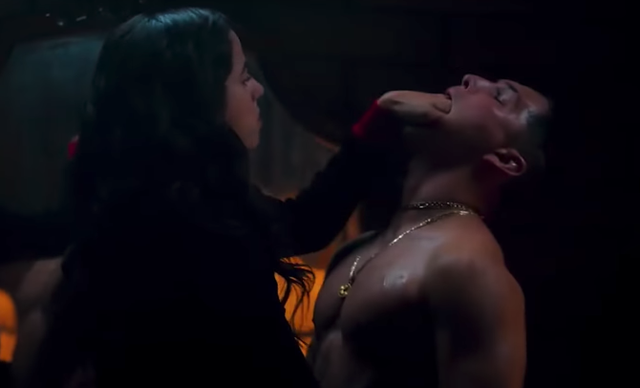 With each new entry into his brutal filmography, controversial Danish director Nicolas Winding Refn seems less and less worthy of being counted among Hollywood’s great contemporary auteurs. At the turn of the 2010s, though, he certainly looked poised to be. Following festival accolades for his first two English-language films—2008’s Bronson and 2009’s Valhalla Rising—his 2011 noir action-thriller Drive earned Refn a Best Director nod and standing ovation at Cannes. The film’s critical and box-office success seemed to point toward a bright future in Hollywood. From a technical perspective, he has alway been exceptional, and few modern genre-film directors can compose a beautiful shot or create a hypnotic mood as brilliantly as he can. His own films infuse pulpy grindhouse plots, which often explore society’s seedy criminal underbelly, with impressionistic, art-house gestures that make for plenty of visually stunning moments. But once you get past the surface-level trappings, it’s often hard to discern what Refn’s movies are really trying to say, and how he thinks about the use of violence and graphic sex in his work. His gruesome Drive followup Only God Forgives seemed custom-made to sabotage the director’s potential for real mainstream success; its uncompromising methodology deserves some respect, but it’s still a tough, masochistic watch. His last feature, 2016’s Neon Demon, has its defenders, but potential viewers might be better off just re-watching Black Swan.

Refn will not likely change anyone’s opinion of him, or win over new fans, with his latest and most punishing opus: the 10-episode, 13-hour limited series Too Old to Die Young, created with comics writer Ed Brubaker for Amazon Prime. The story follows Martin Jones (Miles Teller), a dirty cop in a grim and mystical vision of Los Angeles. Jones tries to find a worthy purpose for his pathological need to kill, falling in with a man named Viggo, played by John Hawkes, who murders pedophiles, rapists, abusers, and other criminals under the guidance of a seer named Diana (a truly unhinged Jena Malone). Another storyline follows Jesus (Augusto Aguilera), the son of a murdered cartel Queen, as he seeks vengeance for his mother’s death. Meanwhile, cartel member Yaritza (Cristina Rodlo) moonlights as a vigilante known as The High Priestess of Death, killing cartel members and customers who kidnap women.

That sounds like a lot of plot but, as with any Refn project, the actual storyline of Too Old to Die is relatively unimportant. The series is a showcase for Refn’s visual poetry, which comes across most strikingly in scenes that are designed to have a discomfiting or repellent effect on the viewer. Refn’s unrelenting graphic imagery helps make Too Old to Die Young a candidate for the most violent and nihilistic series in television history. His characters inhabit a living hell where rape and murder occur constantly, and the police department is full of detectives who gleefully shout “FASCISM!” in drab offices where “democracy is my bitch” is written on the walls. The scenes of sex and brutality that make up so much of Too Old To Die Young are designed to be as perverse as possible, while still being stylish enough that you can’t avert your gaze.

If Refn is going to these extremes in an attempt to critique egregiously violent, hyper-masculine crime movies and TV shows—specifically, the ways in their female characters women too often become the targets of male aggression through torture or murder—it’s not clear how successful he is in subverting or commenting on those tropes. Whether due to the absurdly languid pacing or just the lush cinematography, scenes drag on to the point that the grotesquerie becomes exploitative, losing all self-awareness. In the show’s fifth episode, for instance, a skeezy rape-porn peddler sprays a naked woman with a water hose for an excruciatingly long amount of time. There’s no question that the deeply unpleasant scene is meant to communicate that he is a monster. But forcing the viewer to sit and watch this happen in real time is gratuitous—barely legible as anything other than pure torture porn.

Despite sequences like this, two strong female characters are allowed to thrive in Too Old To Die Young, and they are the show’s saving grace. Yaritza (Cristina Rodlo) and Diana (Jena Malone) are generally fascinating personalities, and it is rewarding to watch them take their revenge against the men who are the source of the show’s carnage. But other female characters aren’t as well developed. At one point, for example, Refn attempts to give agency to the character of Janey, Martin Jones’ teenage girlfriend, by making her a willing participant in a relationship with an older cop. Ultimately, though, the storyline is one-note: another showcase for male rage and violence that is just a means of pushing the story along.

There are some appealing flourishes in the show that give the impression that Refn has a sense of humor about himself, and is having fun with our hunger for crime movies set in sadistic criminal underworlds. Take, for instance, William Baldwin’s coked-out dad character, or the drug kingpin who dances to vintage ska. There’s bizarre role-playing and BDSM (perhaps the strangest you’ll ever see in a show), and a protracted car chase set to Barry Manilow’s “Mandy.” There is also Teller, who is  ostensibly the main character, but is given very little to say. He’s like a bad, if funny, version of Ryan Gosling’s taciturn performance in Drive, and spends most of his time spitting. Unfortunately, these moments of liveliness and levity suffer from the show’s glacial pacing, spreading thin across its grueling 13-hour runtime. 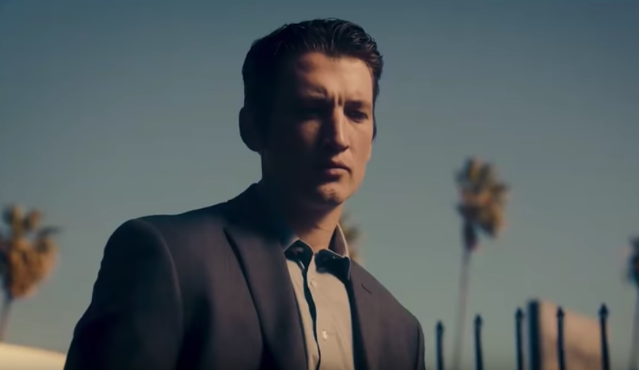 The final episode of Too Old to Die provides the closest thing to a thesis statement for the series you are likely to find. Malone’s Diana character speaks of a new “dawn of innocence” that will arise only after an inevitable plague of murder, rape, and “pure, uncut nihilism” consumes the world. Both Diana and Yaritza understand this, and fight back by murdering evil men or, in Diana’s case, recruiting other men to murder them. Much of the series takes an Old Testament viewpoint, arguing that the best way to rid the world of horrific violence is to counteract it with a more righteous type of violence. It’s a depressing and disturbing worldview, and it’s surprising that Refn was able to obtain millions of dollars from a major streaming service to make a project this pessimistic.

An obvious point of contrast for Refn’s market-unfriendly project is David Lynch’s masterful, 18-hour Showtime reboot of Twin Peaks from 2017. Both feel like epic films chopped up into a television show. They move at a slow pace and feature unsparing terror and violence—often toward women, even in Lynch’s case. However, Twin Peaks’ moments of nirvana, along with Lynch’s clear love for his characters, separate his show from Refn’s angrier and more cynical series. Too Old to Die Young is too carefully and elaborately conceived to be dismissed as a complete waste, but its excruciating scenes of stylized cruelty and bloated crime drama exposition may leave viewers feeling as numb and cynical as its characters.