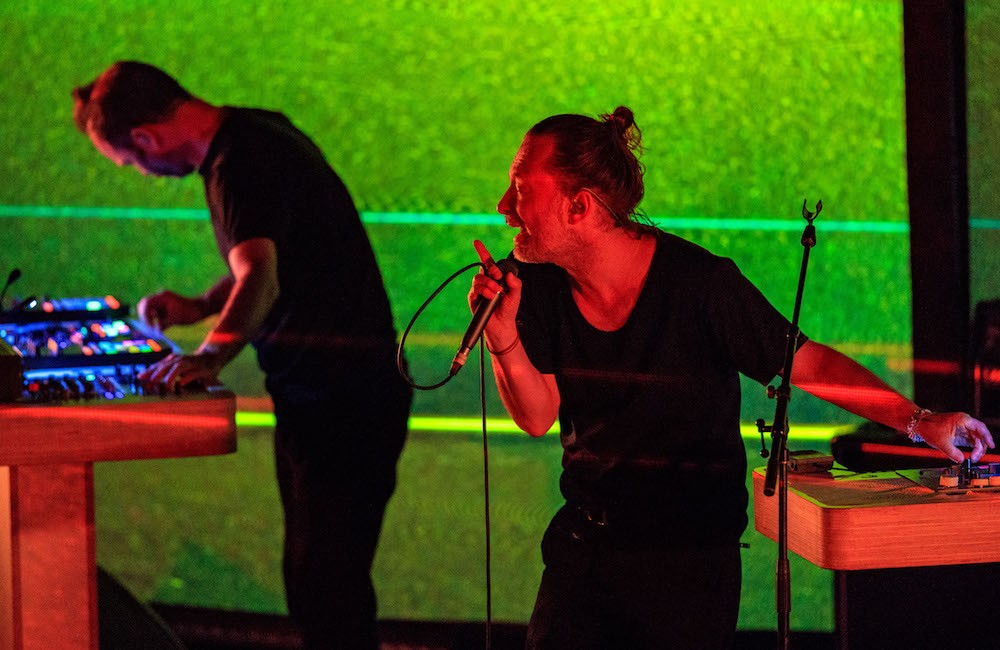 Thom Yorke is the subject of a new interview with Zane Lowe, which aired on Apple Music’s Beats 1 radio today. The Radiohead frontman was warm and chatty, and talked with Lowe about the forthcoming release of his third solo album ANIMA, announced last week. He also spoke on a wide range of extramusical topics, from critiques of the current political landscape to musings about the importance of getting a good night’s sleep. Thanks for the advice, Thom!

According to Yorke, he has had the ANIMA material completed “for ages,” and he and longtime producer/collaborator Nigel Godrich were thus able to record the album quickly, without having to worry about writing new songs. “We set up as we do the live shows for most of it, and knocked it out,” he said. “It was really fun. It was quick and easy and we knew where we were going because we lived with it for so long. The therapy of ‘I don’t want to write a bunch of songs. I want to just make noise’ was great and I found myself immersing myself in old musique concrète and all this anti-music and it was great.”

Yorke also railed against Tory MP and outspoken Brexiteer Boris Johnson— “this little guy with a stupid haircut waving a flag,” —and had praise for leftist politicians including Alexandria Ocasio-Cortez: “People have come to terms with the idea, the only way that things change is fundamental structural change. And the only way that can happen, when you have a bunch of clowns, is to be angry. But right now, we have this performance going on: we have a Punch and Judy show in America, another one in Britain. That apparently is what goes for politics these days. And when it breaks, the likes of Ocasio-Cortez will walk in and go, “Right. Shall we get started?” That’s what I think.”

See the interview here and watch an excerpt below.