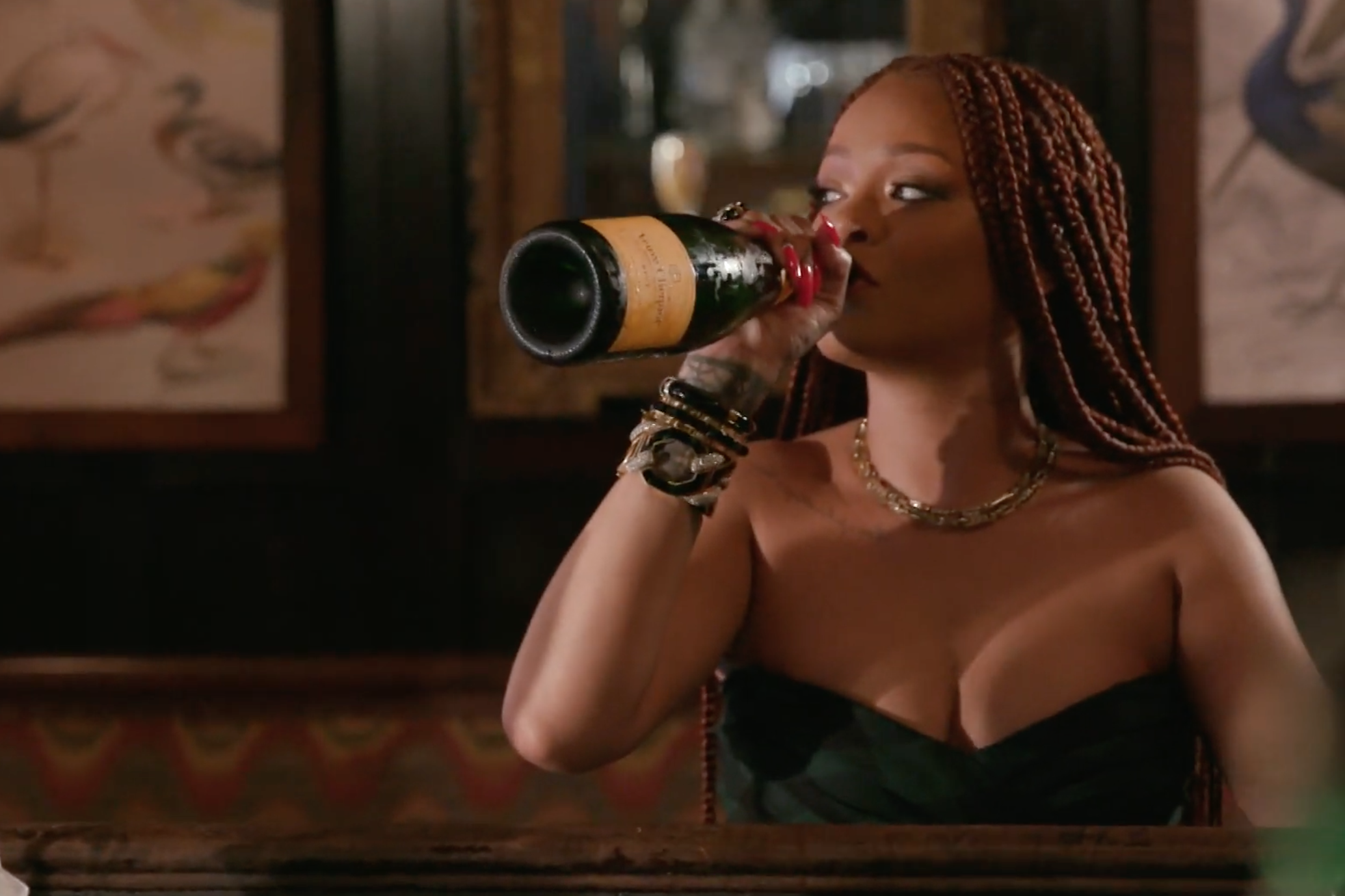 In one of the more interesting recurring segments on Late Night with Seth Meyers, Meyers invites a guest to go day drinking. And on last night’s episode, Rihanna was the lucky invitee.

Meyers kicks things off by preparing a series of unlikely cocktails inspired by classic tracks from Rihanna’s catalogue. Selections include “Under My Rumbrella” (about 80% cocktail umbrellas), “Diamonds in the Rye” (ft. Blue Diamond almond milk), “Bitch Better Have My Bunny” (tequila served in a giant chocolate rabbit), and “We Found Veuve in a Hostess Place” (Veuve Cliquot topped with a Twinkie).

The two also play drinking games and give each other some drunken advice for their professional and romantic lives. “If I quit music, then what should I do,” asks Rihanna, to which Meyers replies, “you should be a pilot.”

“I want to blow my wife away with a romantic night out,” says Meyers during his turn. “What do I do?”

Says Rihanna: “You said it. Blow your wife.”

Later in the segment, Rihanna flexes her makeup application abilities by attempting to give Meyers a “summer eye.” All in all, it’s one of the wilder late night TV moments in recent memory. Watch the full 11-minute clip from Late Night with Seth Meyers below.