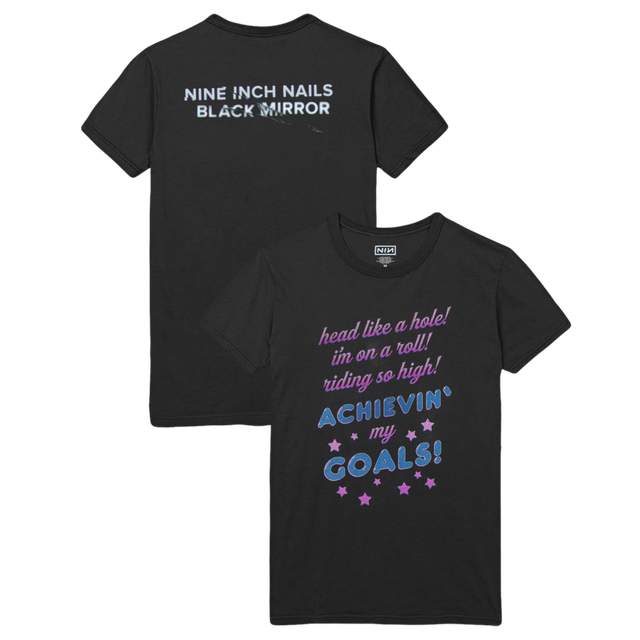 A trio of new Black Mirror episodes dropped on Netflix today. In one of them, Miley Cyrus plays a struggling pop star who lends her voice to a robotic personal assistant, which then gets turned into an onstage hologram that sings pop versions of Nine Inch Nails songs.

In an interview with The Independent, Black Mirror creator Charlie Booker says that Trent Reznor was super down with the reimagined NIN songs: “It was via email, and he was really happy, like, pretty quickly. He wanted to see the script, and I got to re-write his lyrics in a chirpy way,” Booker says in the interview.

It seems like Nine Inch Nails are legitimately excited about the new episode because they’ve released a limited-edition t-shirt featuring “the iconic lyrics of Ashley O, from the Black Mirror episode,” per an item description. Check it out here, or see a photo of it above.