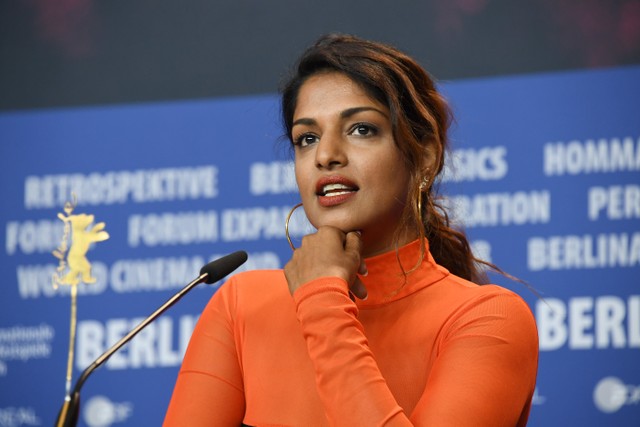 M.I.A. has been named a Member Of The Order Of The British Empire, or MBE. According the BBC, the musician (born Mathangi Arulpragasam) was recognized yesterday for her contributions to popular music on the Queen’s Birthday Honours list.

Elvis Costello accepted a similar designation yesterday—he was named an Officer of the Order of the British Empire—and announced the news with a begrudging letter criticizing Theresa May and British imperialism. “To be honest, I’m pretty tickled to receive this acknowledgement for my ‘Services To Music,’ as it confirms my long held suspicion nobody really listens to the words in songs or the outcome might have been somewhat different,” he writes in the letter.

Other non-musicians recognized include Simon Russell Beale, who was knighted, as well as Olivia Coleman, Sarah Sinclair, and Bear Grylls.

I’m honoured to have this honour, as it means alot to my Mother. I want to honour what my mum spent many hours of her life doing! She is one of the 2 women in England who hand stitched these medals for the last 30 years. After receiving asylum my mum and cousin took this job in 1986, because it was the only non English speaking manual labour she could find. She spent her life in England hand sewing 1000s of medals for the Queen. No matter how I feel or what I think , my Mother was extremely proud of the job she had. It’s a very unique situation for me where I get to honour her most classiest minimum wage job ever. #TAMIL #UKTAMIL #REFUGEE survival story. #LIFECYCLES. #whomademymadels

M.I.A Talks About Her New Documentary on The Daily Show With Trevor Noah