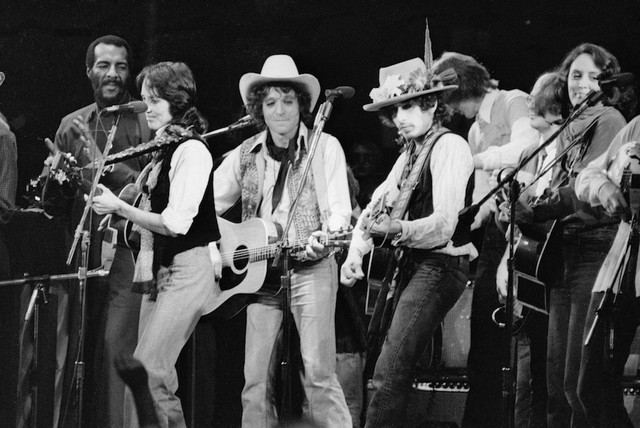 A 10-track sampler of songs from the new Bob Dylan anthology collection is now available on streaming platforms. Titled The Rolling Thunder Revue: The 1975 Live Recordings, the tracks come from a larger 14-CD, 148-song box set, which has been available to preorder since being initially announced this past April. The recordings date back to a series of rehearsals from Dylan and the Rolling Thunder Revue, a touring band Dylan performed with in 1975 and 1976. The group notably featured Joni Mitchell, Joan Baez, Roger McGuinn, and Ronee Blakely as touring members.

The musical release coincides with Martin Scorsese’s new documentary about the Rolling Thunder Revue, which arrives on Netflix and in select theaters June 12. Each performance featured in the film is included on the box set, which includes three discs of rehearsal recordings, five full shows, and a disc of “rare performances” recorded throughout their tour.

Bob Dylan’s latest studio album Triplicate was released in 2017 featuring renditions of favorites from the Great American Songbook including Guy Wood and Robert Mellin’s “My One and Only Love,” Bart Howard’s “Fly Me to the Moon,” Les Brown and Been Homer’s “Sentimental Journey,” and more. Hear 10 tracks from The Rolling Thunder Revue: The 1975 Live Recordings below.