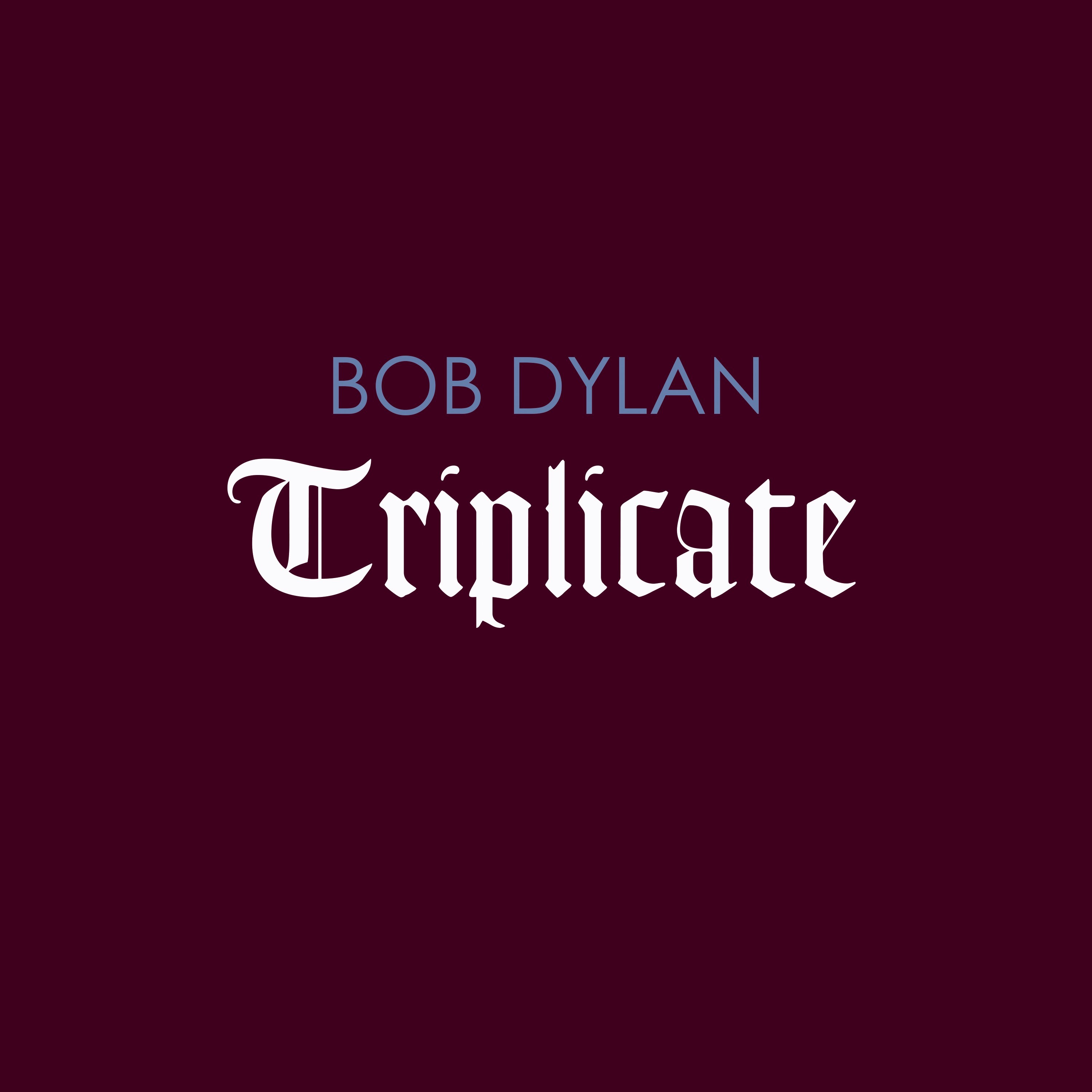 In the middle of the last century, pop vocal albums consisting of selections from the “Great American Songbook”–made-for-market pop tunes published between the late 1920s and the late 1950s–went from being best-sellers on the LP market to the prototype of “adult contemporary” music. Over the years, this music became associated with Italian restaurants, high-end mini-malls, off-hours public television specials, and retirement home common areas, before having an inauspicious resurgence in the past decade-and-a-half as a cash grab for aging pop/rock stars at awkward-to-dismal points in their recording careers. However, when Bob Dylan announced that he’d be releasing his first album of Sinatra-famous standards, Shadows in the Night, in 2015, it felt like something weirder than an elder statesmen simply satisfying his record contract. As with any career choice Dylan has made, there was clearly some depth of thinking behind this dubious creative move—or at least, a deep-seated perversity to yanking his audience’s expectations in another direction.

Fans should know from experience that the world will never get a clear explanation of his late-career crooner period out of Dylan, but in a new interview with writer Bill Flanagan, his logic seemed to shine through. He opened up about what the over-half-a-century-old songs on Triplicate meant to him, explaining: “Now that I have lived them and lived through them I understand them better….These songs are cold and clear-sighted, there is a direct realism in them, faith in ordinary life.” There’s an implication that the less “clear-sighted,” more surreal songs he penned in the ‘60s and ‘70s—the endlessly lauded ones which helped him garner a Nobel Prize in Literature last year–aren’t speaking to him as readily. It makes sense, then, that Dylan dropped everything to sing at Tony Bennett’s 90th birthday party but delayed going to Stockholm–to accept the most prestigious award an artist can receive–until the last possible minute.

The first major difference between, say, Rod Stewart’s (five) standards compendiums and Dylan’s three is that Dylan’s are far from “easy listening.” As Sinatra would when recording his own records, Dylan seems to have dashed most of these songs off in a few takes, and with little to no touch-ups. (“It’s a live recording,” he clarified to Flanagan.) There is a clear margin of error then; the notes, even important ones, are sometimes not there when he goes for them. He hangs on for dear life for most of Rodgers and Hammerstein’s relatively athletic South Pacific highlight “This Nearly Was Mine,” but still, at the golden-mean point of the song (“one promise of paradise”), he defaults to a weird vocal fry–a toneless “daaaaahsss” which conveys something more sinister than just romantic disappointment. There’s a particular humor in Dylan’s sickly takes on cathartic moments in well-known songs like these, and it’s definitely an acquired taste, to be sure. Take his off-time, marble-mouthed “the world will always welcome lovers” in the Casablanca-famous “As Time Goes By,” where Dylan seems to lose track of the fact that he’s singing for a moment before refocusing on the lyric sheet.

The vocal stylings on Triplicate are more or less consistent with those of Dylan’s previous two covers albums. Other elements also remain: Donnie Herron’s steel guitar still plays the string sections on Sinatra’s recordings, George Recile’s brushes shuffle along dully on the snare, and the band stops to let Dylan elongate lines when it occurs to him, or he takes a deep enough breath. From an overall stylistic perspective, however, it is not strictly more of the same. Triplicate, unlike Shadows and Fallen Angels, features professional-grade horn arrangements by new hired hand James Harper. The collection opens with a swing-band horn riff that would have fit in on a Duke Ellington chart, and the other two discs also begin with similar brassy salvos. On these more upbeat songs, Dylan gets closer to the swaggering, “Fly Me to the Moon” variant of Sinatra than he’s ever dared to be before. The sleazy brass chromatics on “The Best Is Yet to Come” rub up bizarrely with his whispered take on the seductively repeated closing line “You’re gonna be mine.” At moments like this, Triplicate ascends to the level of kitsch Dylan last attained on his other most perplexing musical achievement of the 21st century, his 2009 holiday album Christmas in the Heart.

Dylan communicates the lyrical humor of songs like these—which require, under normal circumstances, sharp enunciation and shrewd rhythmic timing—unusually, to say the least. He likes to embed his own jokes into his performances instead of playing to those in the text. “These Foolish Things” begins normally enough, before the bridge goes somewhat to pieces: On “You came, you saw, you conquered meee,” Dylan’s inflection is sneering, sung against emphasis. He peters out into a raspy whisper for the bridge’s final cathartic “I knew somehow this had to be…” and, for a minute, we’re reminded that this is the same guy who sings on Blonde on Blonde.

Moments like this indicate, in no uncertain terms, that the key to really loving Triplicate is allowing yourself to cozy up to its queasiest moments. Some of the more transcendent moments on the record come during the songs which feel the most deeply misinterpreted. On “Sentimental Journey,”  a song about journeying home to the arms of a long-lost lover, Dylan sings funereally, sagging below the pitches, as if the only “journey” he is taking is down the six blocks between the bar and some vermin-ridden studio apartment. In his throaty run-through, “counting every mile of railroad track/that brings me back” becomes the song’s dourest line rather than its most hopeful. When Dylan sings standards, it’s just as likely that the more hopeful songs will be given a bleaker treatment than the sad-sack ballads, and that is central to their appeal–to why you’d choose to listen to Dylan sing these, and not someone who actually sings like Frank Sinatra.

As with Shadows and Angels, it’s still the slower, more relaxed arrangements which provide Dylan with room to interpret and settle into the notes—most importantly, to seem at home and not slightly overwhelmed, and give songs a quotient of listenability to match their inherent charm. The forgotten Jimmy-van-Heusen-penned tune “There’s a Flaw in My Flue” is—by virtue of its bathetic refrain, rendered obscure by its long lost slang—is one of Triplicate’s goofiest cuts. But it’s also one of its most beautiful: a conversation between Dylan’s surprising open vibrato and Sexton’s spidery guitar arpeggiations. “Once Upon a Time,” too, has a beautiful, elegiac melody which meshes poignantly with Dylan’s unsteady vocals; it’s easy to imagine returning to songs like these years down the line in a survey of career highlights.

Frank Sinatra himself once released a completely baffling triple-disc album, 1980’s Trilogy: Past Present Future. Its effect, for some of his fans, was not unlike that of Dylan’s first and most notorious example of career sabotage, 1969’s Self-Portrait. Self-Portrait caused one of Dylan’s most devoted champions, Greil Marcus, to excoriate him in Rolling Stone, and the release of Trilogy prompted Jonathan Schwartz–NYC radio DJ and Sinatra obsessive–to dub his hero “narcissistic” and demand that Reprise recall all copies of the album.

There’s no telling for sure if Triplicate was devised as it is—on three themed discs, “‘Til the Sun Goes Down,” “Devil Dolls,” and “Comin’ Home Late”—as some kind of homage to Sinatra’s similarly-organized album, which self-referentially explores every period in the singer’s storied career. But both LPs feel like documents of veteran artists ruminating on their checkered pasts and multivalent careers. Both albums highlight their protagonist’s multifaceted charm as a performer, even if he’s been stuck in the most unlikely musical scenario. “What do I get?/What am I giving?” Dylan coos on Triplicate’s strangely despondent closer, “Why Was I Born?”; it’s as if he’s as amazed as we are that he ended up where he is, singing this kind of music, after everything he’s been through. Triplicate is not a shining hour for Dylan when put into the full context of his fifty-plus-year career. But nonetheless, his insuppressible spirit is baked into every moonstruck moment.