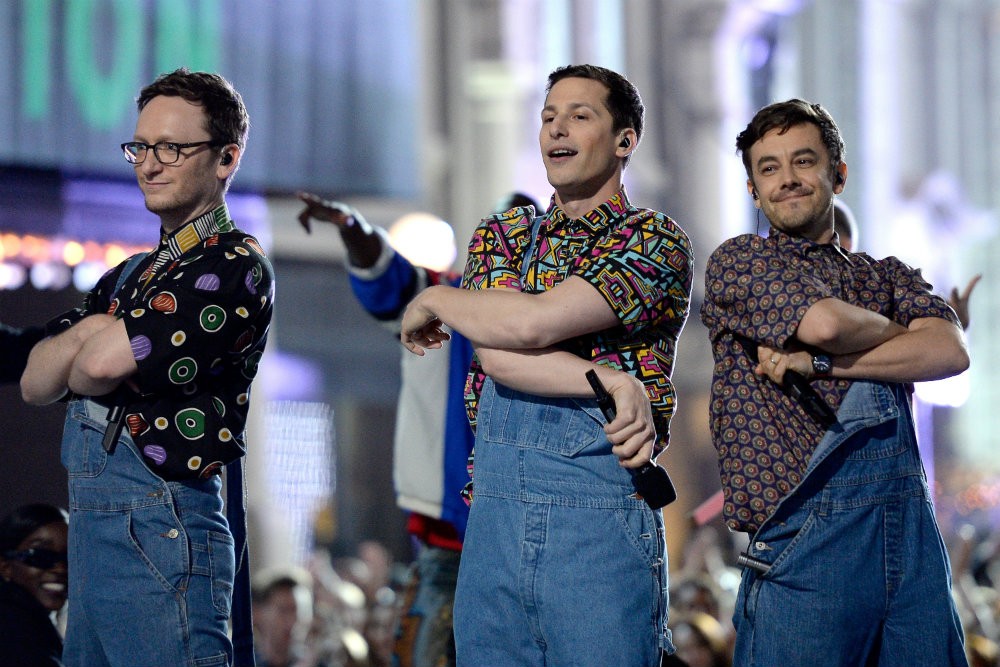 The Lonely Island have released a cryptic teaser promising to release a “visual poem” on Netflix tonight at midnight. That’s about as much as troupe members Andy Samberg, Jorma Taccone, and Akiva Schaffer want us to know at this point.

What could a “visual poem” entail? Perhaps the trio are finally dropping that Fyre Fest mockumentary with Seth Rogen they teased in February. Maybe they are dropping a concert film from one of their recent live shows? It could be a surprise sequel to their severely underrated 2016 comedy Popstar: Never Stop Stopping. Whatever it is, Samberg, Taccone, and Schaffer are betting that it’s worth staying until midnight to watch on a night where most people have work in the morning.

Although you will learn absolutely nothing from it outside of a release date, feel free to check out the brief clip, which features an ominous Stranger Things-esque synth score and graphics that look like they were pulled from the opening credits of Night Flight, below.

The Lonely Island are also hitting the road in June for another round of live shows.