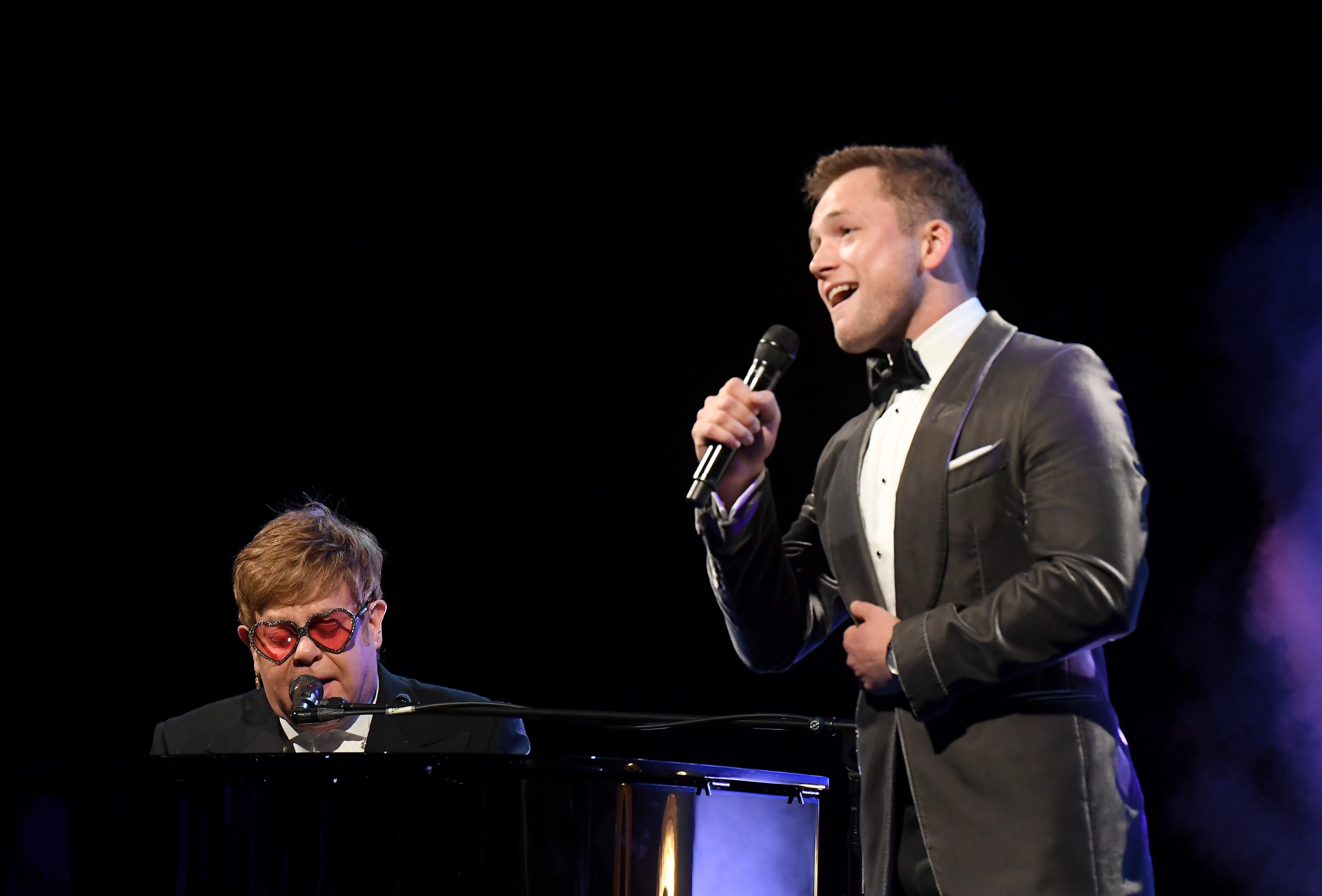 Elton John and longtime lyricist Bernie Taupin tap into a joyous disco girl group vibe on “(I’m Gonna) Love Me Again,” a fresh track the duo cooked up for the upcoming soundtrack to the John biopic Rocketman.

The bouncy track, performed as a duet between John and Rocketman star Taron Egerton, was released on Thursday (5/16) and will appear on Rocketman: Music From The Motion Picture, due out on 5/24 on Interscope Records.

The track was co-produced by Greg Kurstin and Giles Martin, with the latter re-interpreting nearly two dozen of John’s most iconic hits for the soundtrack to help support the film’s narrative of John’s glitter-splashed rise to fame in the 1970s according to a press release; you can pre-order the album here. “Love Me” plays over the movie’s closing credits.

“Tasked with taking Elton’s unparalleled back catalogue and reimagining it to fit the film’s narrative, Rocketman: Music From The Motion Picture producer Giles Martin worked closely with the filmmakers, supervising all of the music for the production and pulling a vocal masterclass from Taron in the studio,” according to the statement. “From transforming ‘Saturday Night’s Alright For Fighting’ into an epic ensemble piece, to morphing ‘I Want Love’ into a heart-breaking moment of conflict around little Reggie’s family meal, each track has been sculpted to form a unique part of the narrative of this most incredible of stories.”

Egerton has already proven that he’s more than up to the task with the previously released cover of John’s “Rocket Man,” which was released earlier this month. Rocketman opens in theaters on 5/31.

Check out “Love Me Again” and the Rocketman track list below.