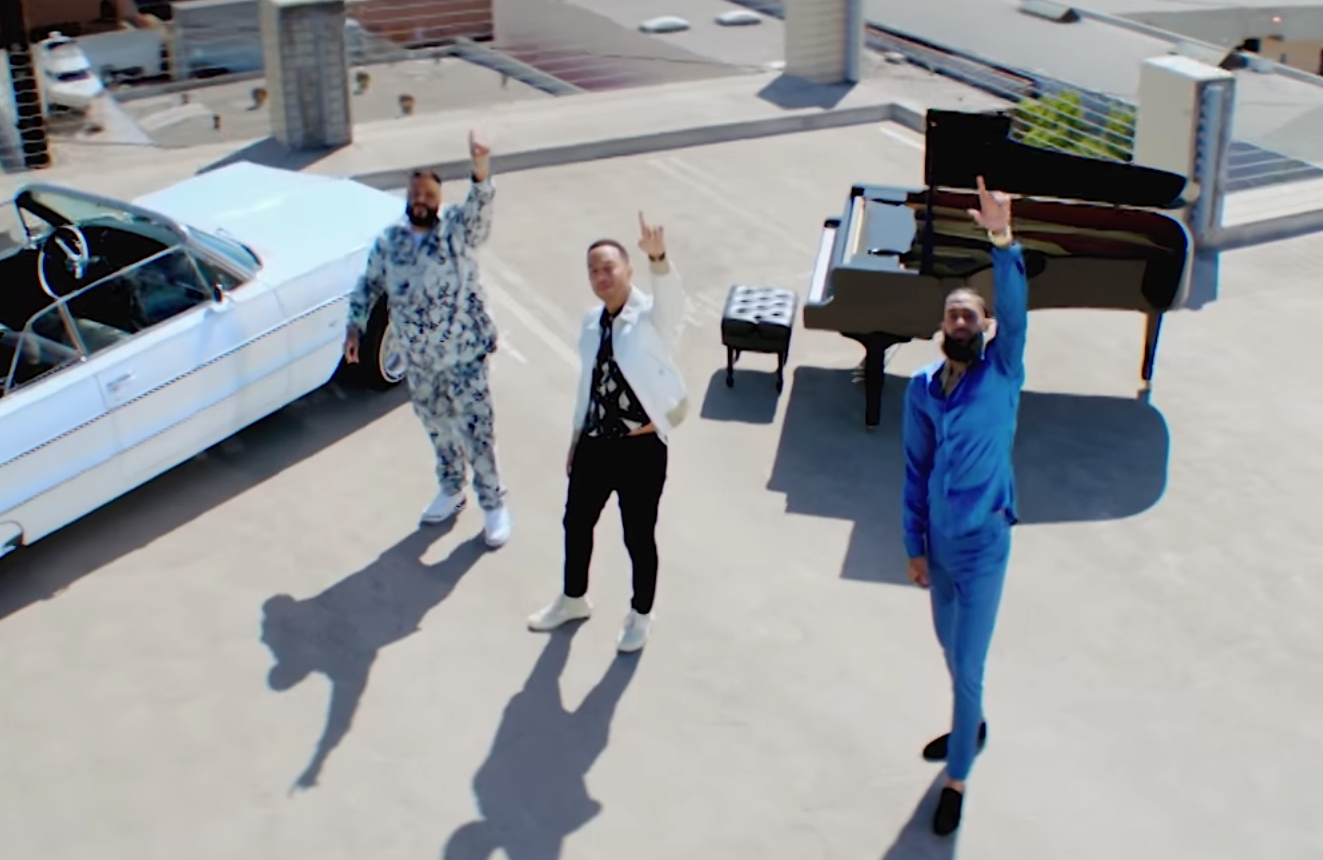 DJ Khaled’s new album Father of Asahd dropped earlier tonight, and with it, the celebrity producer released a new song featuring John Legend, as well as the late rapper Nipsey Hussle. Titled “Higher,” the track also got its own video, which was filmed just days before Nipsey’s death. The video opens with a shot of the rapper stepping out of a blue home before being joined by Khaled in a separate shot.

Legend offers a gospel hook for the track, where he sings about the Biblical push and pull between God and the devil. “You keep taking me higher and higher/ Don’t you know that the devil’s a liar/ I know, you’d rather see me down, put my soul in the fire,” he sings.

Earlier this week, Khaled posted a statement about the single on Twitter, where he described a “soul-searching journey” he’s been on since Nipsey’s death. “The very title of the song reminds us that vibrating on a ‘Higher’ level was the essence of Nipsey’s soul,” he writes. “It is in this spirit, of moving forward, of preserving his mission that I, my co-writers, producers, and label partners are donating 100% of all our proceeds from ‘Higher’ to Nipsey’s children, Emani and Kross.”

Father of Asahd features numerous other guest appearances from artists like Beyoncé, Jay-Z, Cardi B, Lil Wayne, Justin Bieber, Chance the Rapper, and more. Watch the video for “Higher” below.