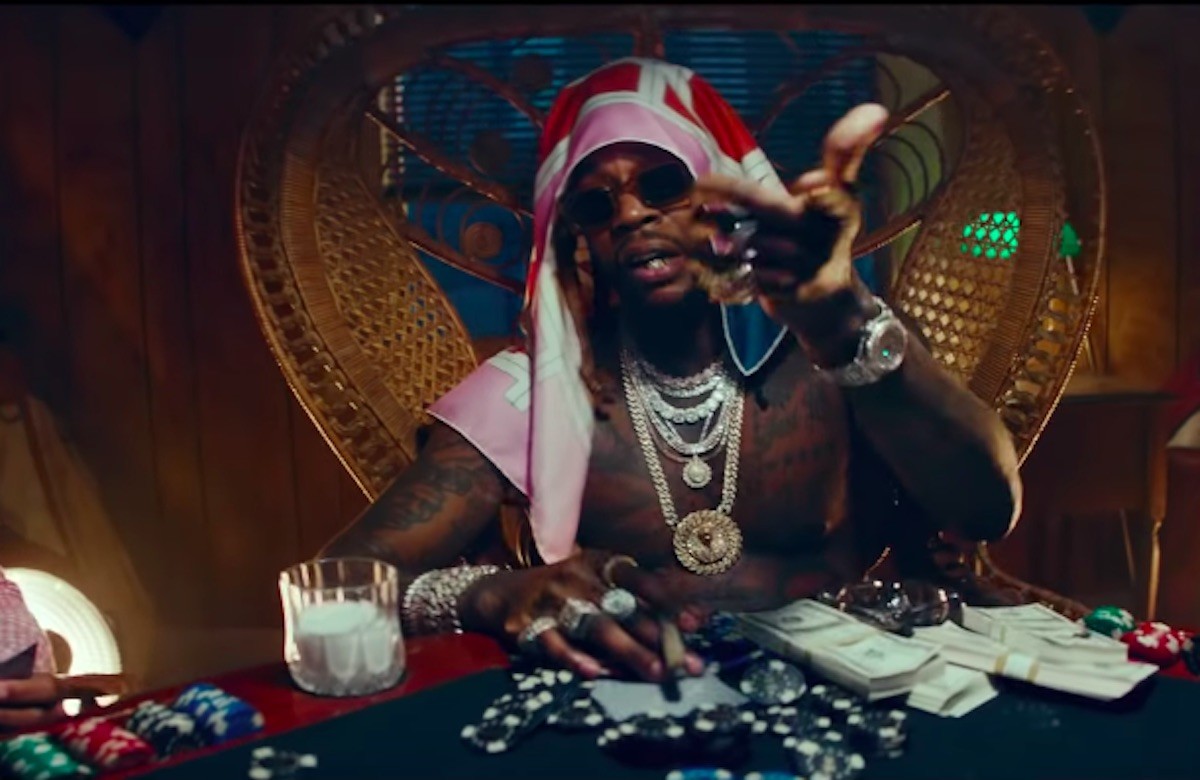 2 Chainz often has weird and interesting video treatments for his club-ready records, but his latest video, for the Lil Wayne and E-40-featuring single “2 Dollar Bill” definitely takes the cake. The visual boasts a number of bizarre characters and oddball set pieces, as well as a rapping Thomas Jefferson on a literal two dollar bill. There’s also a guy holding a raw steak for no discernible reason, 2 Chainz playing poker with some dudes in lederhosen, and Lil Wayne having his chest operated on by doctors who find a golden skateboard and much more inside.The video is proudly strange, giddy in its off-kilter sensibilities. 2 Chainz, Wayne, and E-40 certainly seem to be having a good time in it.

“2 Dollar Bill” is one of the standout tracks on Rap or Go to the League, 2 Chainz’s Lebron James-A&R’d fifth studio album,  which was released March 1, and also includes the singles “Money In The Way,” “Rule The World” (featuring Ariana Grande), and “Girl’s Best Friend” (featuring Ty Dolla $ign). Rap or Go to the League follows 2 Chanz’s 2017 record Pretty Girls Like Trap Music. In addition to the aforementioned features, it also has guest spots from Young Thug, Travis Scott, Chance the Rapper, and others. Watch the bonkers video for “2 Dollar Bill” below.