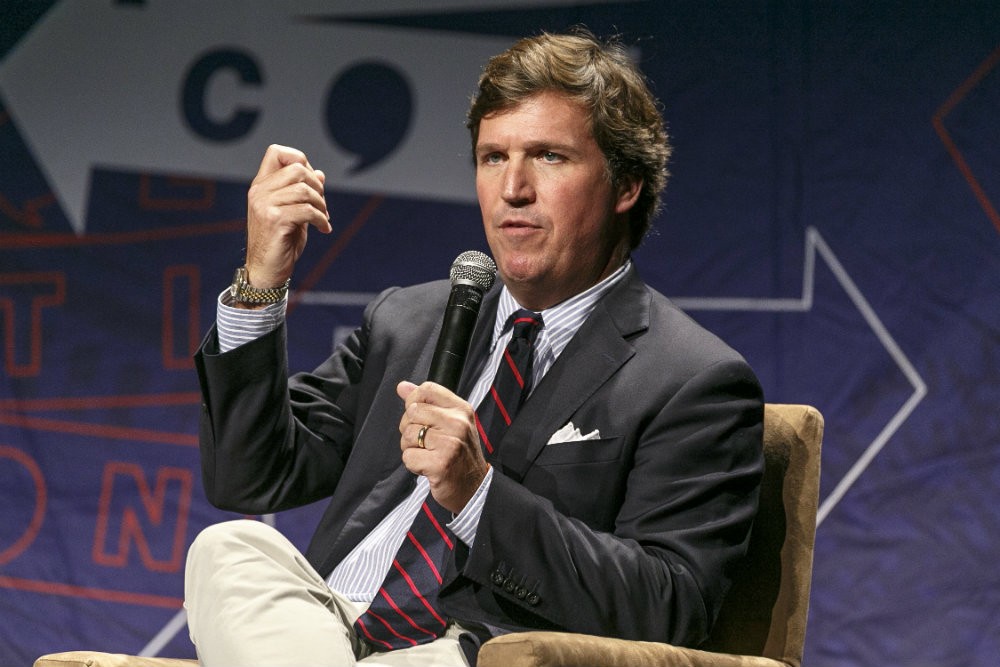 On Sunday evening, progressive watchdog group Media Matters published a greatest hits compilation of Tucker Carlson’s numerous calls to the radio show of one Bubba the Love Sponge of Hulk Hogan sex tape fame. According to Media Matters, Carlson called the shock jock’s show once a week between 2006 and 2011 and made a litany of gross and misogynist comments. The Fox News host responded Sunday night with a statement written on Notes App informing the public that he would not be apologizing for the comments he made on Bubba the Love Sponge’s show.

“Media Matters caught me saying something naughty on a radio show more than a decade ago,” Carlson said. “Rather than express the usual ritual contrition, how about this: I’m on television every weeknight live for an hour. If you want to know what I think, you can watch. Anyone who disagrees with my views is welcome to come on and explain why.”

The “naughty” comments Carlson refers to in his non-apology include discussions about Britney Spears and Paris Hilton possibly being “the biggest white whores in America,” if sex workers can be raped, and whether polygamist cult leader and convicted child sex abuser Warren Jeffs got a raw deal. Carlson also has plenty of opinions regarding underage girls, as evidenced by the below sizzle reel from Media Matters:

Anyone who has seen an episode of Tucker Carlson Tonight knows the conservative firebrand has atrocious and tediously contrarian opinions on immigrants and the #MeToo movement, but the Tampa DJ’s radio show is apparently where Carlson went to fire off the takes he didn’t think he could get away with on TV.

Spin reached out to Fox News for comment, but reps did not immediately respond to our request. In fairness, the network’s communications department likely has its hands full dealing with the fall out from one of its other star, Judge Jeanine Pirro, questioning Rep. Ilhan Omar’s allegiance to the U.S. Constitution because she wears a hijab.