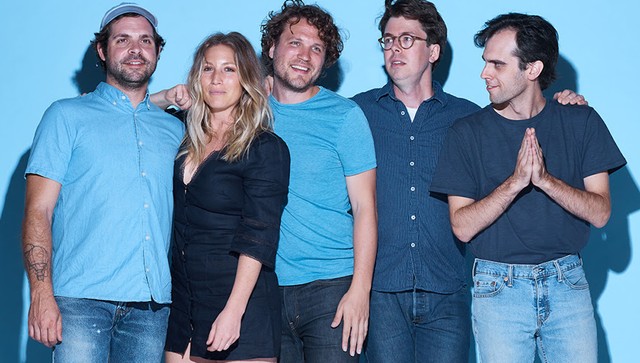 Ra Ra Riot have released a new single today. The track, titled “Bad To Worse,” was produced and co-written by Rostam, the former member of Vampire Weekend and a popular collaborator with a number of noteworthy artists, including Frank Ocean and Haim. “Bad To Worse” features Ra Ra Riot recollecting wistful memories over lengthy and draining drives across the country.

“It’s about watching the world from the window of the car or bus, and how there’s a familiarity to everything but it’s never the same as it once was,” Ra Ra Riot’s vocalist Wes Miles said about the song in a statement. Rostam’s warm and elegiac production provides a comforting base for the yearning lyrics. This is Ra Ra Riot’s have collaborated with Rostam before, with their last connection happening back in 2016 for the song “Water,” from the band’s last album Need Your Light. “Bad To Worse” is set to appear on Ra Ra Riot’s next album, which is still awaiting any formal announcement.

In the meantime, they are set to head out on tour with Third Eye Blind and Jimmy Eat World as part of their “Summer Gods” tour. They will also perform at the Extremely 2000s Indie Nostalgia Algorithm-Generated festival Just Like Heaven. Listen to “Bad To Worse” below.