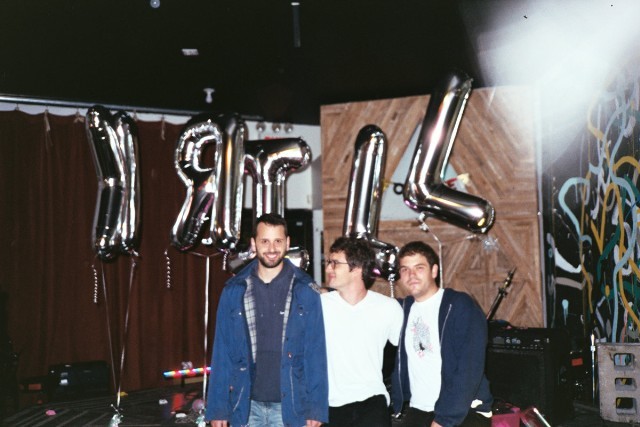 Boston lo-fi veterans Krill called it quits in 2015, but the band appears to be working on something new. In their first Facebook post in over a year, the three-piece have announced that they’re now playing together under the name Obstacle, and that they’re performing with the Brooklyn band Patio at their album release show on April 5. Their Facebook post points out that they currently have “no recorded music,” but are open to booking more shows in the coming months.

Krill’s self-titled EP was released in 2016, following their standout 2015 full-length A Distant Fist Unclenching. In 2017, they published a statement on Facebook urging fans to get involved in grassroots activism, claiming that their breakup had to do with their band members going “back to school and back to work to fight for public housing, tenets rights, [and] the labor movement.” In 2016, Frankie Cosmos covered their Steve Hears Pile in Malden and Bursts into Tears song “Fresh Pond” as part of a cassette-only collection of cover songs. See the band’s latest update in full below.

Krill: “Now Is a Really Good Time to Start Being Explicitly Radical”