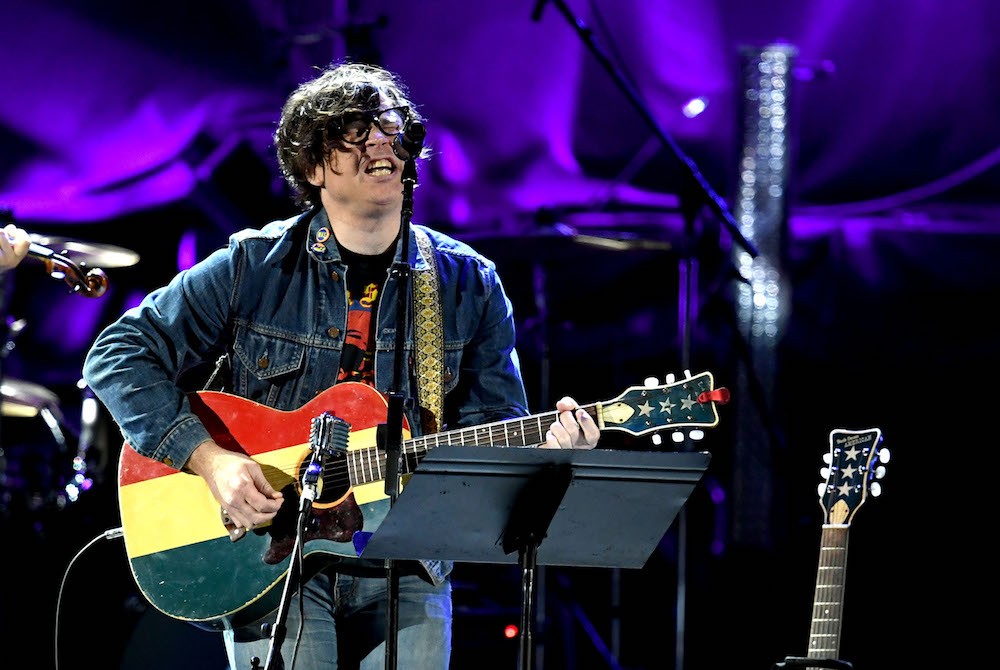 In September 2017, the music website Consequence of Sound published an article under the headline “Artist of the Month Phoebe Bridgers On Friendly Ghosts, Ryan Adams, and ‘Sexting Demi Moore,'” which featured an interview with indie rocker Bridgers about her newly released debut album and recent experiences on tour. At the time, much of the coverage of Bridgers focused on her professional relationship with Adams, the alt-country veteran who released an early single of hers on his Pax-Am label and served as a kind of mentor to the younger singer-songwriter. But the requisite mention of Adams in the Consequence of Sound interview was fairly inconsequential. Bridgers said that Adams had given her some good advice, but also that he “wigs out at people on Twitter all the time.” She continued: “Do I ever text him and say, ‘Stop?’ Never. I think I’d wind up on the wrong end of a Twitter rant.”

At some point during the four days after the interview was published, according to archived versions of the article, the section about Adams was deleted from the Consequence of Sound interview, and his name was removed from the headline, with no editor’s notes added to address the changes. More than a year later, though, we know a lot more about Bridgers’ relationship with Adams. The two had been romantically involved, and according to Bridgers, he was emotionally abusive. On Wednesday, Bridgers tweeted that Adams had bragged to her about getting Consequence of Sound to delete the section of the interview that mentioned him.

Consequence of a Sound covered my music before other people did. They wrote about me often, and super generously. I also remember Ryan bragging about how he got them to delete part of an interview I did with them where I called him an asshole after it had already been published. https://t.co/hWhk1CQLQq

In an emailed statement to Spin, Consequence of Sound founder and publisher Alex Young acknowledged that the website had made the deletion at Adams’s request. “Upon its publishing, Adams reached out directly asking us to remove any mention of his name from the article,” Young wrote in part. “As the quote felt relatively non-essential to a profile about Bridgers, and because of our previous working relationship with Adams, we agreed to his request. In retrospect, that was the wrong decision, and we apologize to Bridgers for doing so.”

Young noted that “the decision was solely that of our editors,” and that the writer had not been involved in the deletion. Lior Phillips, the freelancer who wrote the article, supported that characterization. “I was told by the CoS higher-ups that they had received urgent, aggressive messages from Ryan Adams that the section referencing him would need to be taken down,” she told Spin. “The comments at the time seemed harmless, so I was surprised that it would receive any pushback; when I wrote the piece, the anecdote didn’t define Phoebe and wasn’t the key element of the story at the time—her incredible art was. That said, it was an anecdote that I included, as it was a part of our conversation. When I was notified that that section would need to be altered, I expressed deep concern, but that part of the piece was removed.”

Bridgers’ allegations about her relationship with Adams are serious. In a New York Times article that also included an account of emotional abuse from Adams’s ex-wife Mandy Moore and an allegation of sexting an underaged fan, Bridgers said that Adams frequently texted her with threats of suicide, demands for phone sex, and interrogations about her whereabouts. When she broke up with him, she said, he took back an offer to have her open for him in concert, and became cagey about whether he’d release the music they recorded together.

Her remarks about Adams in the 2017 interview reveal very little about this controlling, obsessive side of his personality. The full quote, which after Bridgers’s tweet was restored to the article along with a note (“The original published article has since been amended to include Ms. Bridgers’ comments on Ryan Adams after initially being removed”), is below:

I feel like half the time Ryan teaches me what not to do. He’s amazing. He was the person who told me to get quieter in a loud room — but he also wigs out at people on Twitter all the time. Do I ever text him and say, “Stop?” Never. I think I’d wind up on the wrong end of a Twitter rant. With Conor, Julien, and Ryan, you can’t help but get inspired by people you connect with who are doing things that you want to do. There are a lot of valuable lessons.

That Adams felt compelled to contact Consequence of Sound over something as minor as a quip about his well-documented Twitter usage, buried at the bottom of a long interview that otherwise has nothing to do with him, is pretty remarkable. (Adams’s management did not respond to multiple requests for comment on this story; Bridgers also declined to comment further.) It’s also not the only time he contacted a website editor asking for changes to be made to a generally innocuous article. In 2015, Adams sent a private Twitter message to the account for a small music blog called Speakers in Code, with regard to a concert review the site had published about a recent concert he’d given in Nashville. Adams began with a legitimate correction to the piece—the writer made reference to the rendition of a song, “Sylvia Plath,” that he hadn’t actually played—but soon got into weirder territory. “It’s also odd the writer mentioned we didn’t jam out,” he wrote. “We played Mag Mountain and Peaceful Valley last night both with huge instrumental meltdown sections. And ended with I See Monsters from Love Is Hell with a huge metal ending jam.”

Though the deleted criticism of Adams was extremely minor, these episodes provide another window into the ways musicians attempt to wield their influence with the media to protect their reputations. Often, such efforts are every bit as petty as Adam’s interventions over perceived snubs about Twitter and huge metal jams: Spin has reported on Chance the Rapper’s successful effort to have a critical concert review removed from the website of MTV News, and on Journey guitarist Neal Schon’s attempts to pressure journalists into editing coverage that doesn’t emphasize his leadership role within the band strongly enough for his liking. But in the case of Adams, it’s not difficult to connect this behavior to more recent allegations about him. In the hours before the Times published its bombshell story about him this month, Adams tweeted (then deleted) a somewhat garbled threat at the newspaper: “Happy Vanentines day @nytimes. I know you got lawyers. But do you have the truth on your side. No. I do. And you have run out of friends. My folks are NOT your friends. Run your smear piece. But the leagal eagles see you. Rats. I’m fucking taking you down.” This time, though, the pressure didn’t work.