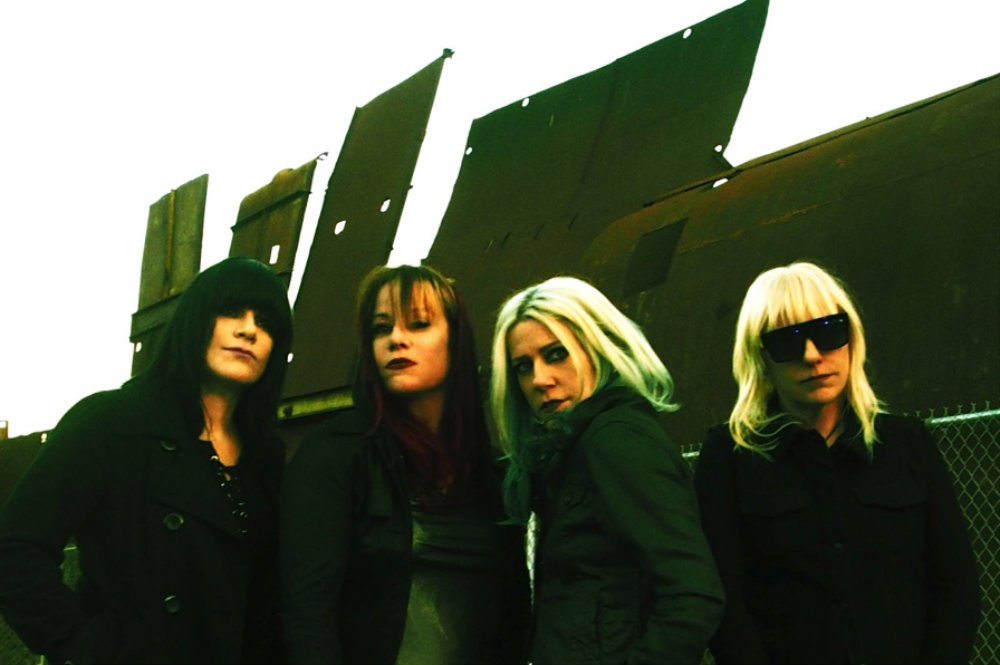 Grunge-era icons L7 have announced their first studio album in 20 years. The new album, titled Scatter the Rats, is due out on May 3 on Joan Jett’s Blackhearts records. The title is an extremely on brand reference to producer Norm Block telling the group to rock out in order to “scatter the rats” holed up in the recording studio’s basement.

With the announcement comes the release of the new album’s lead single “Burn Baby,” complete with a video directed by Courtney and Hillary Andujar. “Burn Baby” will also be released as a special Record Store Day 7” with b-side “Fighting The Crave.”

“When we decided to make a new record, Joan was there for us as the good friend she has always been,” singer/guitarist Donita Sparks said in a statement. “So great to stomp into Blackheart Records with her at the helm. We’re very excited to work with Joan and the entire Blackheart family. Just imagine the family dinners!”

Last year, the band ran a seemingly successful campaign on PledgeMusic to fund a new the recording of a new album, but the crowdfunding platform has since been plagued with allegations of stiffing the artists out of their own funds.

Shortly after the new album’s release, L7 will hit the road as part of The Bash Music & Craft Beer Festival tour with Rancid, in case anyone needed an excuse to dig out that old Smell the Magic t-shirt that got a whole generation of high school kids sent home from school.

Tour dates are listed below: