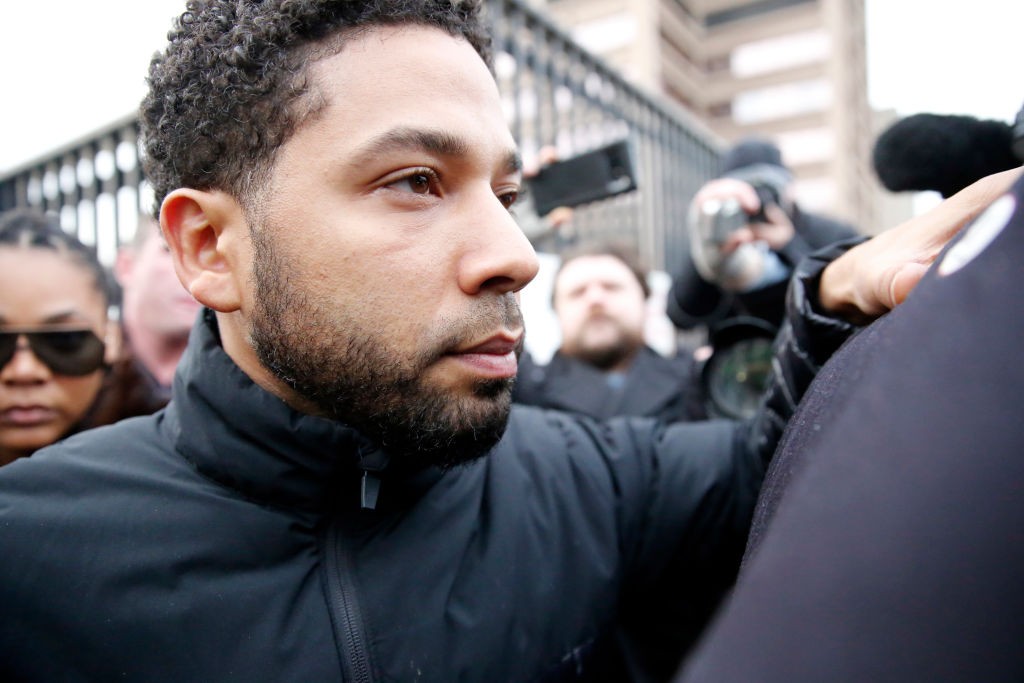 The hit Fox drama Empire will cut Jussie Smollett’s character from the final two episodes of its fifth season to “avoid further disruption on set,” according to a new statement from the show’s producers. Smollett was arrested in Chicago yesterday (February 21) on a felony charge for allegedly filing a false police report. In a court hearing, Cook County prosecutors described Smollett as the orchestrator of a bizarre plan to stage an assault against himself. Smollett is currently free on $100,000 bond and reportedly returned to the Empire set following yesterday’s hearing.

“Jussie has been an important member of our Empire family for the past five years and we care about him deeply,” the producers wrote. “While these allegations are very disturbing, we are placing our trust in the legal system as the process plays out.”

The character’s removal is a particularly ironic wrinkle, since Chicago police have claimed that Smollett staged the attack because he was “dissatisfied with his salary” on Empire. It’s also a reversal by producers, who had previously said they stood by the actor and had no plans to write him out of the show.

The January 29 attack on Smollett initially appeared to be a hate crime, and attracted the attention of celebrity activists at moment when such crimes are on the rise nationally. But prosecutors now claim that Smollett paid two acquaintances to “attack him, but not hurt him too badly,” and to use racial and homophobic slurs against him.

Season 5 of Empire premiered in September 2018. The show is set to return on March 13, with nine episodes remaining in the season.