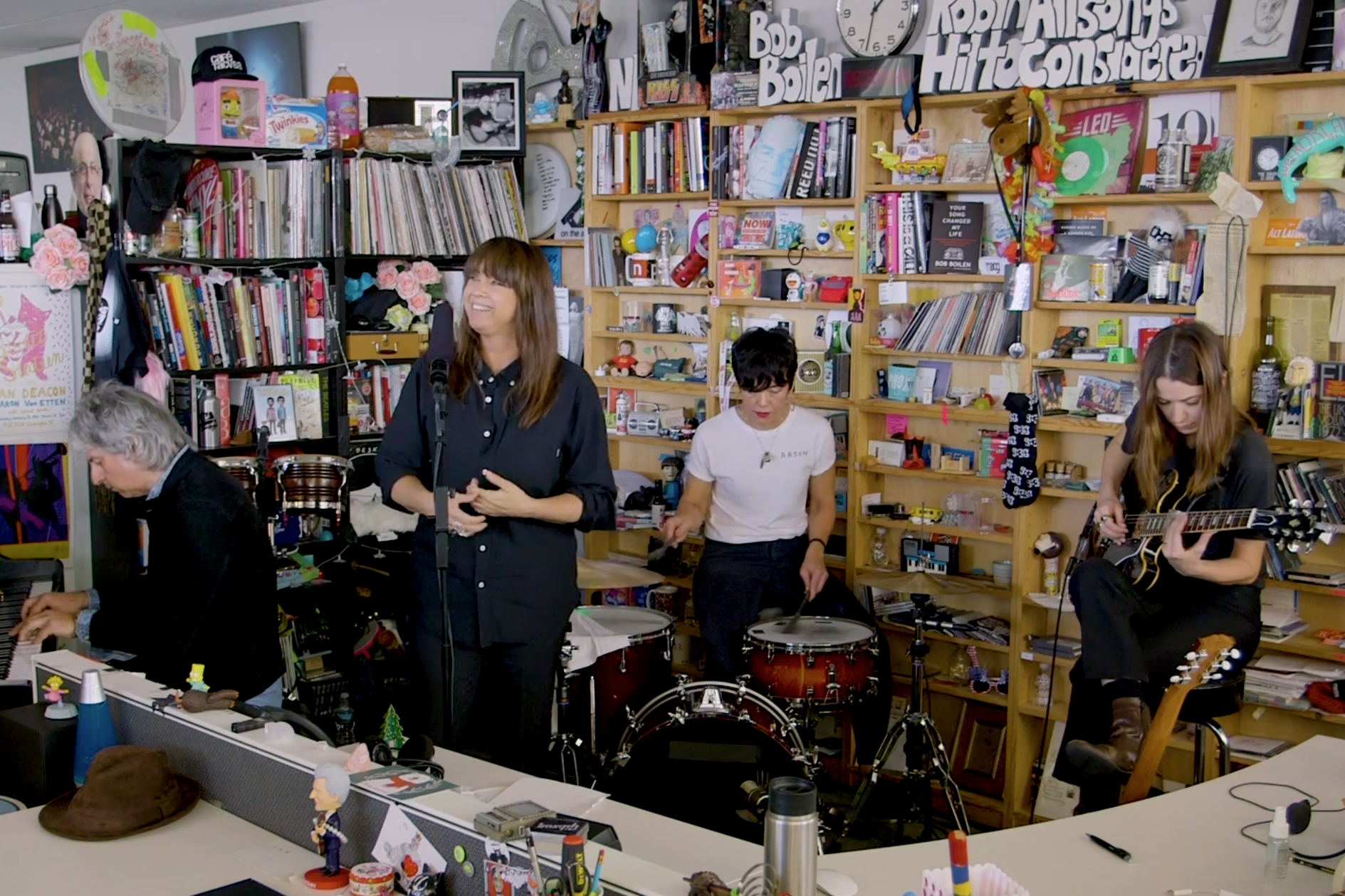 Cat Power stopped by NPR Music’s Tiny Desk for a performance of two recent tracks and one old favorite. Starting things off with “Wanderer,” from her 2018 album of the same name, Power (A.K.A. Chan Marshall) set a subdued, subtly powerful tone for the concert. “Wanderer” was followed by a seamless transition into “Woman,” the original version of which features Lana Del Rey. The track still works beautifully without the Lana feature, with Marshall singing: “If you know people who know me / You might want them to speak / To tell you ’bout the girl or the woman they know /More than you think you know about me.” Marshall wrapped up the concert with a rendition of “The Moon,” from her 2006 album The Greatest. Accompaniment was provided by Erik Paparazzi on piano, Adeline Jasso on guitar, and Alianna Kalaba on drums.

Last year, Cat Power left her longtime label, Matador Records, and put out Wanderer on Domino. Matador had released all of Cat Power’s studio recordings since 1996. In an interview, Marshall revealed that the final version of her song “Woman” grew in part out of that split. In December, she released a cover of Burt Bacharach’s “What The World Needs Now.” Watch Cat Power’s Tiny Desk concert below.