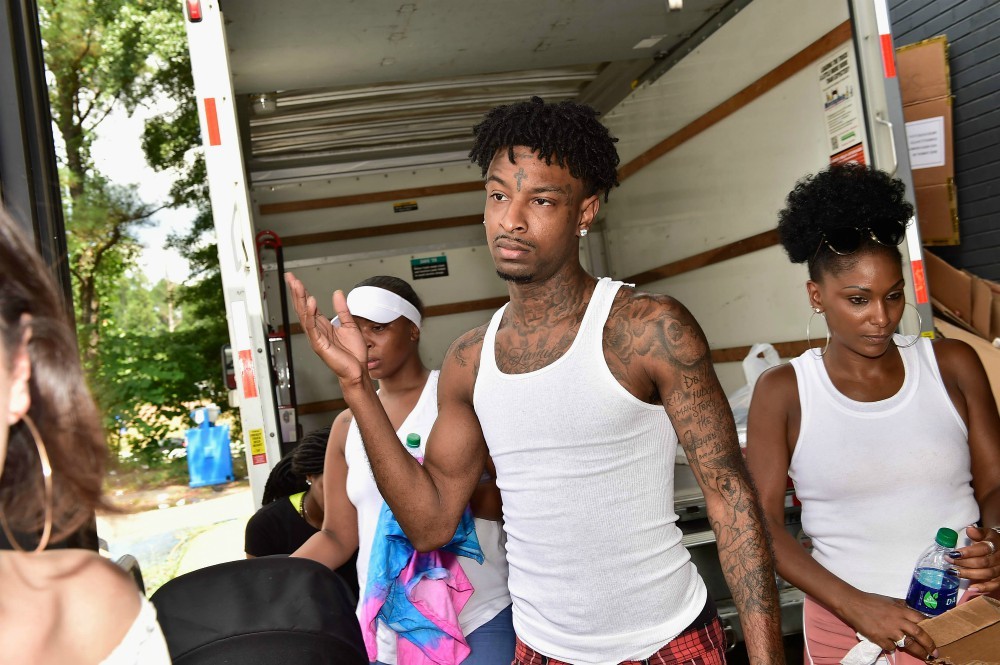 21 Savage was arrested by ICE after the Atlanta Police Department targeted his cousin, Atlanta rapper Young Nudy (born Quantavious Thomas), CBS News reports. Young Nudy has since been arrested on charges of aggravated assault and criminal gang activity. Both 21 Savage and Young Nudy, along with two other men, were taken into custody after reportedly getting pulled over in a traffic stop targeting Young Nudy.

On Sunday, news broke that 21 Savage (bornShe’yaa Bin Abraham-Joseph) was detained by ICE, which claims he’s actually a British citizen who overstayed a 2005 visa. According to ICE, the rapper has been placed in deportation proceedings in federal immigration court.

Young Nudy and 21 Savage associate DJ BJ disputes CBS News’s reporting, claiming that the Atlanta PD did not initiate the traffic stop and that the cousins were not in the same vehicle.

Again. Savage and Nudy were in separate cars…and it wasn’t even APD. Y’all doing some horrible reporting and investigating https://t.co/GBfNwMgyfJ

“We are working diligently to get Mr. Abraham-Joseph out of detention while we work with authorities to clear up any misunderstanding,” 21 Savage’s attorney Dina LaPolt told TMZ Sunday. “Mr. Abraham-Joseph is a role model to the young people in the country — especially in Atlanta, Georgia and is actively working in the community leading programs to help underprivileged youths in financial literacy.”