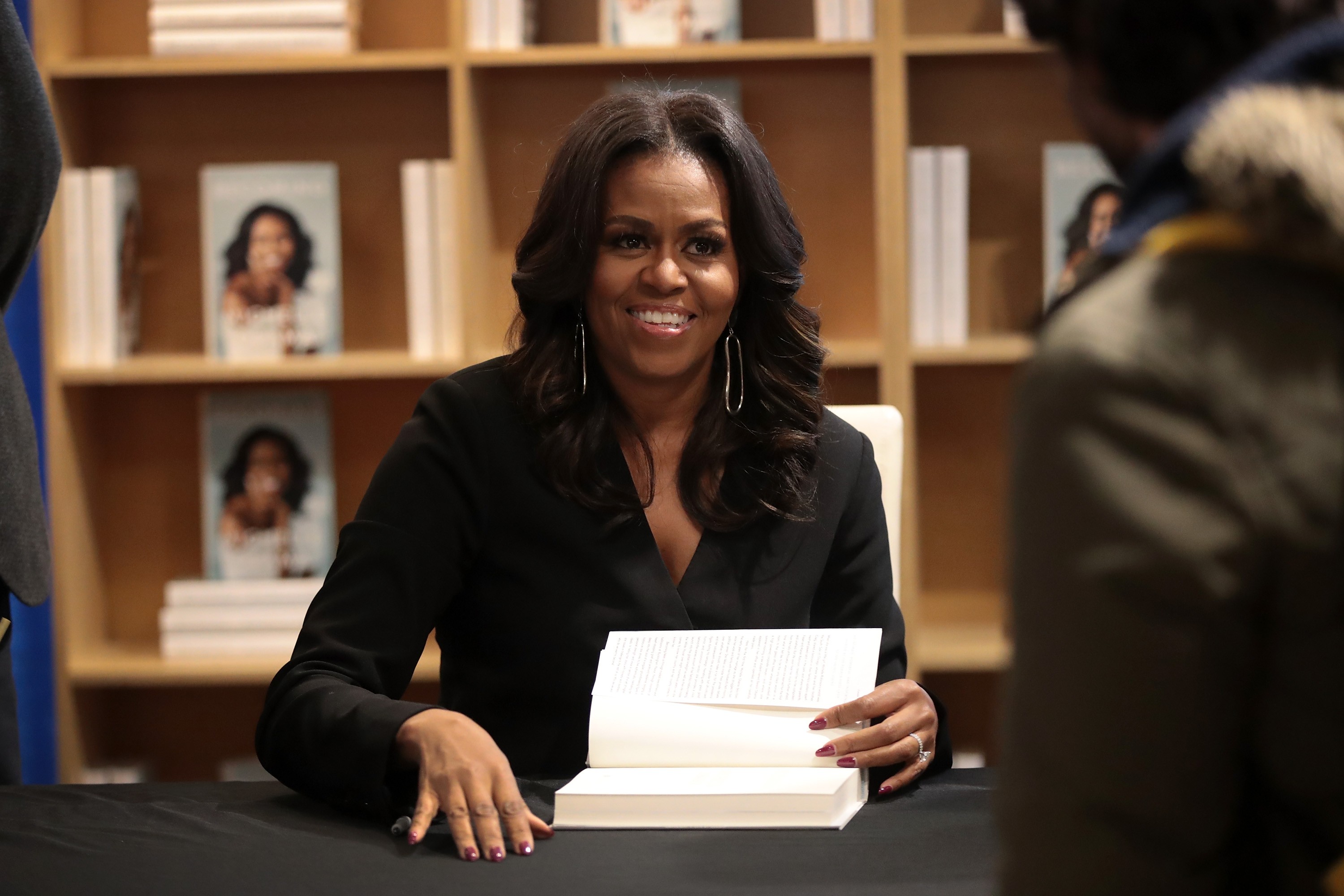 Michelle Obama is currently touring the United States behind her new memoir Becoming, released last week, and she’s doing so with the help of a soundtrack curated by Questlove. The Roots drummer selected 300 songs for a three-volume collection, spanning 1964 to 2018, as musical accompaniment for Obama’s arena stops. The collection, titled “The Michelle Obama Musiaqualogy,” covers five decades of American music, from Ella Fitzgerald to Frank Ocean.

In a press statement, Obama briefly discussed her relationship with music during her time as First Lady, noting that “Beyoncé, Janelle Monáe, and so many others … provided the stirring backbeats of my time in the White House.” Both mentioned artists visited her husband’s White House on multiple occasions; Obama more recently caught two shows on Beyoncé and Jay-Z’s joint On the Run II tour, one with Barack in Washington, D.C. and one with her daughter Sasha in Paris.

Obama’s book tour wraps December 19 at Brooklyn’s Barclays Center. You can view the full schedule and purchase tickets here. Listen to “The Michelle Obama Musiaqualogy” below. Kanye West’s music does not appear.