Watch Carly Rae Jepsen Perform “Party For One” on Fallon 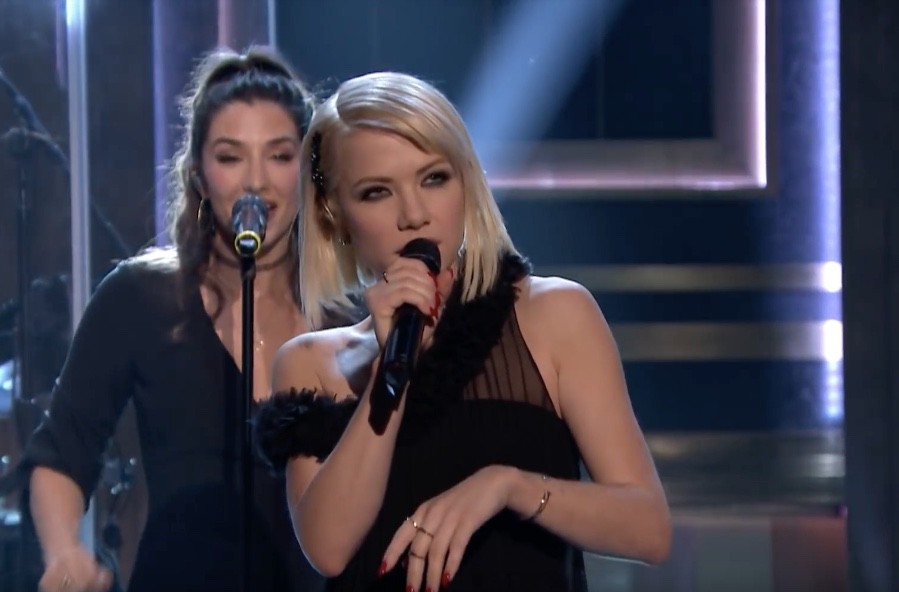 Carly Rae Jepsen is good for making music you want to party and dance to, whether it’s with a group of friends or—as her new single suggests—doing it all by your lonesome. Her latest glitzy dance track, “Party For One,” may not be as instantly effective as past fun-loving records, but it aims for the same goal of making a home inside your head and never leaving. The song had its television debut on last night’s Tonight Show Starring Jimmy Fallon, where Jepsen and a team of singers/dancers brought the party to the show’s audience with a spirited dance session and impassioned performance.

With a black dress on and her voice quivering throughout, Jepsen really conveyed the idea of embracing yourself in the midst of a devastating breakup in her live rendition. “Party For One” is expected to appear on Carly Rae Jepsen’s next album, though it’s not clear when that will be released. In the meantime, you can enjoy this performance of “Party For One” on the Tonight Show or watch the song’s official video to get your CRJ fix. If need be, you can even revisit the viral video of Jepsen performing “Cut to the Feeling” with an inflatable sword at Lollapalooza back in August. Watch the Tonight Show performance below.