Today We Learned Donald Trump and Whitney Houston Were Friends 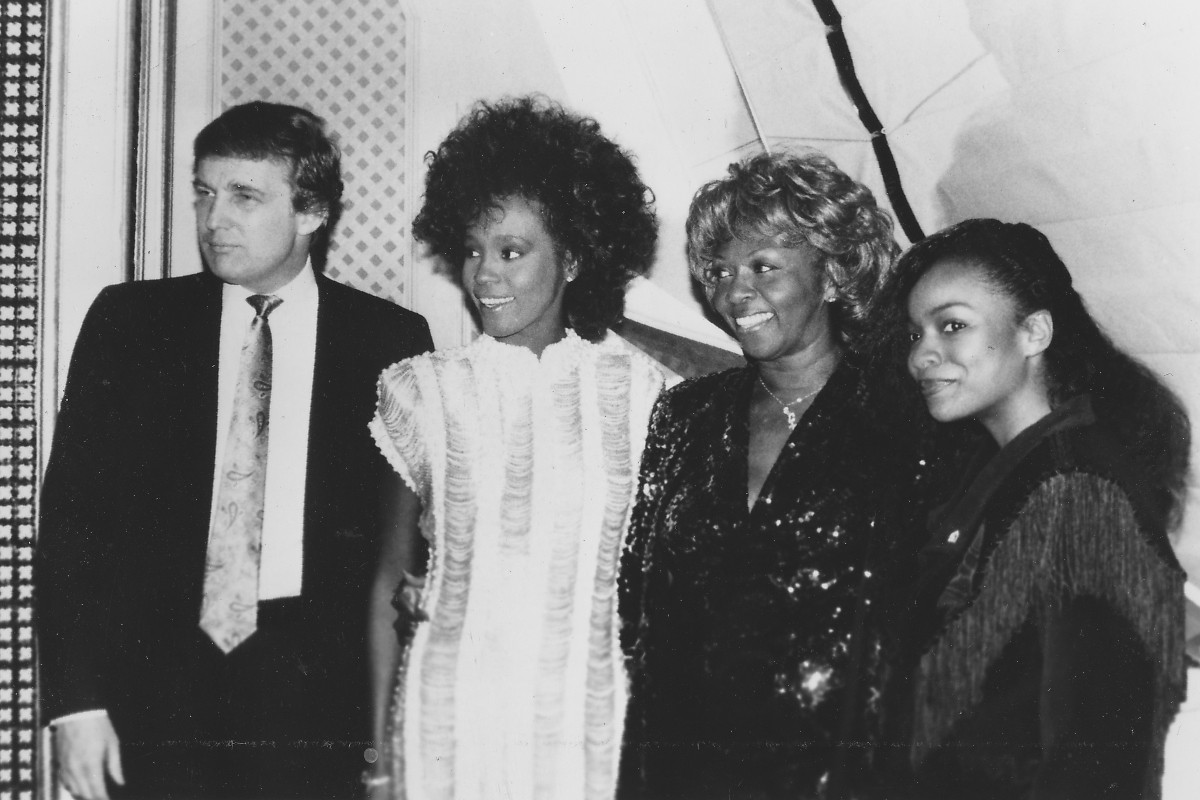 Donald Trump today signed into law an artist-friendly overhaul of music copyright titled the Music Modernization Act, and a bunch of his musician buddies in attendance—including Kid Rock and Sam Moore, but NOT Kanye West—commemorated the White House ceremony with some lip service to Trump’s apparent love of tunes. For some reason, self-ostracized Beach Boy Mike Love shared a memory about Trump’s alleged personal support for Whitney Houston, whose friendship with the now-president we definitely all remember.

“Thank you, President Trump. Thank you so much for your support of music historically. I remember you tried your best to help get Whitney Houston in some kind of shape,” Love said, as Trump stood by nodding proudly. “I remember being at Mar-A-Lago with this guy right here. He had Ron Perlman come down. He tried your best to help Whitney, and she’s not the only one you’ve benefitted.”

Tragically, noted actor Ron Perlman did not prove to be the key to helping Houston achieve sobriety, as Love seemed to imply was Trump’s plan. This detail is overshadowed, though, by the very fact of Houston and Trump’s relationship, which was a thing, according to dude-ass himself. The week after Houston’s death in 2012, Donald made the cable news rounds to mourn the loss, reflect on her life, and reminisce on their purported friendship.

Trump noted on Fox & Friends that he attended Houston’s wedding with Bobby Brown, speculated about the marriage’s impact on her voice and health, and claimed she worked for him multiple times. He told HLN that Houston visited Mar-A-Lago on “numerous occasions” and said he “knew her well.” He also discussed Houston’s wedding, voice, addictions, and marital reality show with Access Hollywood and The Wendy Williams Show in the days following her death, which just so happened to occur one week before the fifth season of Trump’s show Celebrity Apprentice premiered on NBC.

Getty Images dates Trump and Houston’s relationship back to 1989, when this post’s photo was taken at a Parents Anonymous dinner hosted at Trump Plaza in Atlantic City. The hotel and casino closed in a state of disrepair in 2014.