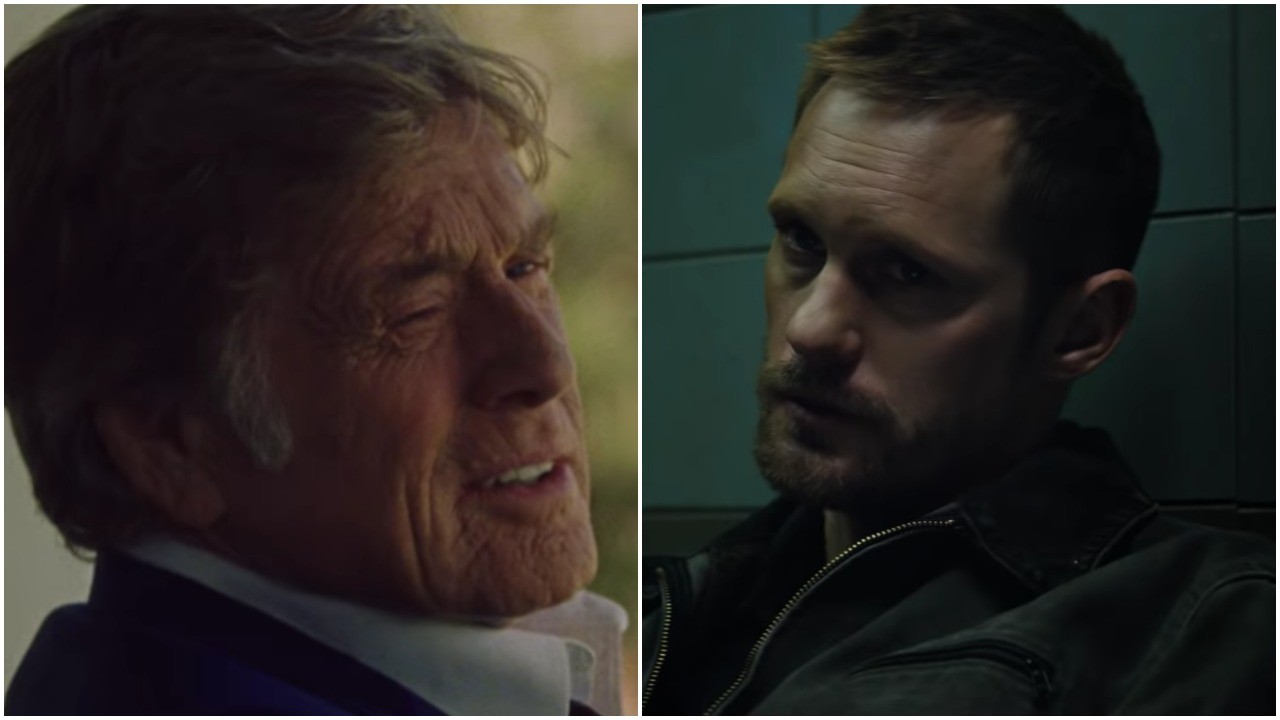 David Lowery and Jeremy Saulnier, two serious-minded rising male directors, are responsible for two of the fall’s notable cinematic curiosities. Both filmmakers are striving to expand and solidify their reputations as auteurs after promising runs of low-budget, needle-moving arthouse productions over the past decade. Lowery’s The Old Man and the Gun, adapted from a New Yorker article by Lost City of Z writer David Grann, is madcap and darkly comedic, tracing the story of an septuagenarian Texan bank robber. Saulnier’s Hold the Dark is a cryptic Arctic noir about a dead boy in Alaska, a wolf hunter’s attempt to discover the murderer, and the boy’s father’s quest for revenge.

Despite their very different charges, the two films share striking similarities. In both, I was distracted by the correspondence between their precise, controlled style and hazy, sketchily defined substance. How do prestige dramatic films (and TV shows) earn their heady ambiguity? When and how do they begin to resemble exercises in empty aesthetics? As gripping as these expertly stylized films can be while you’re watching, they can fail to leave a deeper, mutable impression after you leave the theater or get off the couch.

Both The Old Man and the Gun and Hold the Dark are crime films, in a sense. But they intersect with tropes from other genres in curious and compelling ways. Lowery inserts a thread of sentimental romantic comedy geared toward middle-to-elderly-age viewers (somewhere between On Golden Pond and Nancy Meyers), largely via Sissy Spacek as the love interest and potential savior of Robert Redford’s conman character. And if you’ve seen Saulnier’s director’s previous Green Room and Blue Ruin, you’ll understand the tone of Hold the Dark, or at least the quotient of viscerally palpable violence, derived from horror film. These brutal scenes—and one quick, somewhat unconvincing monologue—are designed to drive home the idea that in this frozen wasteland, where sunlight comes at an extreme premium, some uncanny force in the darkness is warping people’s minds.

Central to both films are ”difficult men” (to borrow Brett Martin’s term) whose criminal acts seem out of sync with their composed, reticent demeanor. Hold the Dark provides very little context to shed light on the cruelty of Alexander Skarsgård’s Vernon Sloane, its primary villain. Mostly, we have a sketchy memory of his “unnatural” behavior as a youth, related to him by a mysterious shaman (Peter McRobbie) whose significance is unclear, and an upsetting snapshot of his undistinguished military career. In the case of Redford’s conman Forrest Tucker, there’s a shred of a past filial backstory. But mostly we accept the police’s (Casey Affleck) vague analysis of Tucker’s psychology, dominated by an irrepressible but almost harmless compulsion to rob. Like Lowery’s Badlands-worshipping debut feature Ain’t Them Bodies Saints, The Old Man and the Gun traces a criminal’s quixotic journey into oblivion. Saulnier’s characters follow a similarly familiar downward spiral, moving self-destructively through space and time with no clear notion of an endgame.

With these well-worn plot points in place, the visual poetry of each film takes over, becoming its most distinctive element. The cinematography in Hold the Dark is uniformly stunning, the work of Magnus Nordenhof Jønck. The sensibility—and all the snow in the frame—seems thoroughly Scandinavian, borrowing from the bleak, nihilistic tone of the country’s vast lexicon of crime entertainment. (Notably, Jønck worked on the tour de force first season of the original Danish version of The Killing, one of the genre’s masterworks).

From its kitschy opening credits sequence, The Old Man and the Gun is more intensely referential stylistically. Its camerwork is filled with conspicuous long zooms and pans straight out of a Robert Altman film, or a turn-of-the-’80s action flick. The film stock is intentionally grainy. Spacek and Redford become elements of Lowery’s homage, cast in a movie that is aesthetically conceived in every sense to resemble one from their commercial heyday. Redford is a distorted, meta version of the all-American, rough-hewn antihero archetype he helped define: toward the end, he sidles up a hill on horseback, like John Wayne at a defining moment of cosmic decrepitude.

While athletic “acting” is crucial to these movies at certain points, the leading men mostly function as objects for the camera. Each facial crevasse is perfectly and hauntingly rendered in closeup. The slightest twitch becomes invested with meaning, betraying any number of unspoken traumas and compulsions. The exact nature of this damage is left up to the viewer. These characters are intended to be impenetrable, and therefore engaging. When they surprise us with reprehensible behavior, their violence speaks for them. But the filmmakers’ disinterest in delving explicitly into the characters’ inner lives leaves them feeling more like silhouettes than fully-formed personalities. As a result, the protagonists fail to distinguish themselves from the long tradition of morally compromised leading men they were born into. (see also: Lynne Ramsay’s You Were Never Really Here from earlier this year.) At their conclusions, both The Old Man and the Gun and Hold the Dark leave the viewer wading through tide pools of unspoken motivations, attempting to make sense of final expressions of human tenderness.

What is the responsibility of films that rely so heavily on self-important atmosphere? Is the preservation of a mood a worthwhile end in itself? Neither of these are films you’d want or expect to come to a perfectly resonant conclusion, wrapped in a neat little bow. It is nice, too, to sit in the dark and watch something that looks good, holding your attention in a vice grip for its duration. Both The Old Man and the Gun and Hold the Dark—but particularly the latter, which dangles the carrot of a final twist ahead of us for two hours—accomplish those things. But there is a lingering question. More than three-quarters of a century since the seeds of film noir were first planted, how much do we care about what supposedly lies behind a troubled (male) protagonist’s thousand-yard stare? In movies like these—where the rest of the film doesn’t add up to enough—sometimes a stare is just a stare, pregnant with nothing in particular.