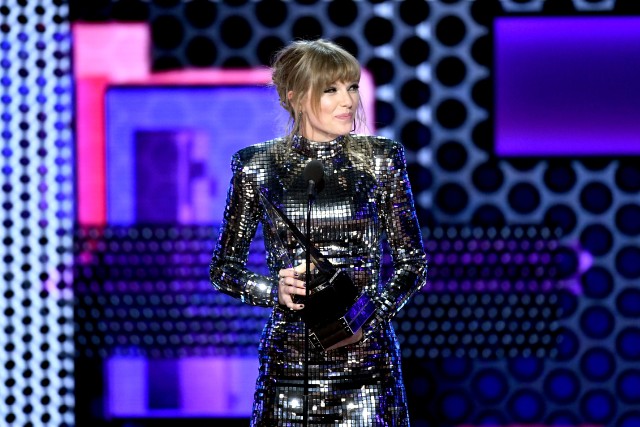 After years of ostensible public silence on politics, Taylor Swift has now shared two government-related opinions in one week. The latest came during an acceptance speech near the end of tonight’s 2018 American Music Awards. After winning Artist of the Year, Swift expressed support for voting in the midterm election on November 6.

“Thank you so much for this. And I just wanted to make a mention of the fact that this award, and every single award given out tonight, were voted on by the people,” she said. “And you know what else is voted on by the people? Is the midterm elections on November 6. Get out and vote, I love you guys.” Love you, too!

The reminder came during Swift’s final speech of the night; she also took home the awards for Tour of the Year, Favorite Pop/Rock Female Artist, and Favorite Pop/Rock Album, and performed “I Did Something Bad.” It follows her endorsements of Phil Bredesen for Senate and Jim Cooper for House of Representatives (both Democratic candidates in Tennessee) and condemnation of Republican congresswoman Marsha Blackburn, delivered in an Instagram caption on Sunday.

Swift also wrote Sunday about the importance of registering to vote. Today was the final day for voter registration in 14 states. Hopefully everyone who forgot watched the whole show. You can watch the clip below.

#AMAs: @taylorswift13 doubles down, tells fans to "get out and vote" pic.twitter.com/IbLd3To59t