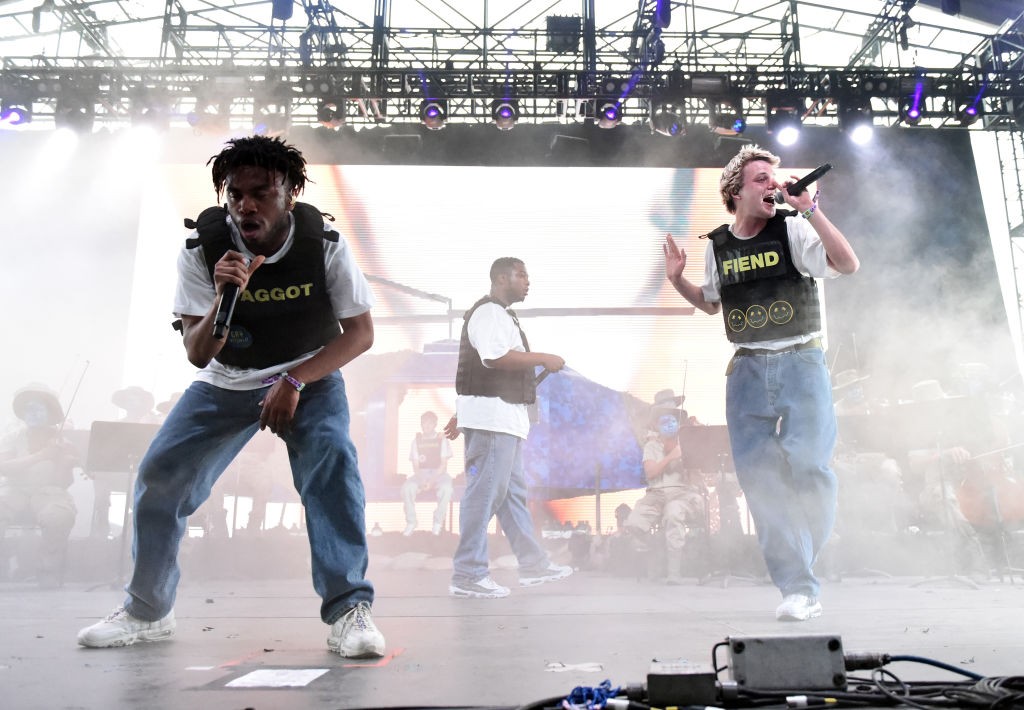 Brockhampton’s Iridescence is now available to stream. The latest album finds the 13-piece boyband entering a new era: It marks their first full-length release without former member Ameer Vann, who was kicked out of the group following allegations of abuse against women. Recorded at the legendary Abbey Road Studios, Iridescence features an entirely new set of songs—except for “TONYA,” which they premiered on The Late Night Show with Jimmy Fallon over the summer. This year’s singles “1997 DIANA,” “1998 TRUMAN,” and “1999 WILDFIRE” are conspicuously absent from the tracklist.

As with previous Brockhampton projects, the latest album is produced by members Romil Hemnani, Joba, Jabari Manwa, and Kiko Merley and features vocals from Kevin Abstract, Matt Champion, Dom McLennon, Joba, and Merlyn. The band have also created an accompanying documentary titled The Longest Summer in America, depicting their creative process, their signing to RCA Records, and their reaction to the recent allegations against Vann. The film premiered this Monday, September 17 in Los Angeles and screened in select cities around the world tonight, September 20.

Brockhampton are currently on a world tour beginning in Australia and ending December in Las Vegas, with the full list of tour dates on their website. Stream Iridescence below.