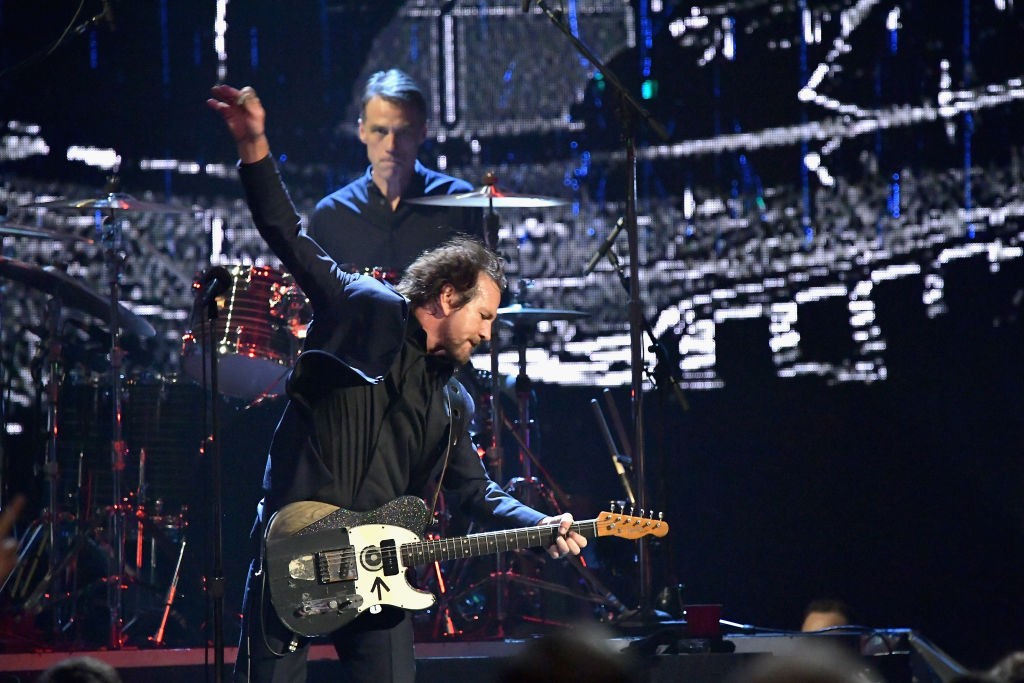 It’s a beautiful day, and Pearl Jam’s social media comment sections are up in arms because the band’s latest concert poster features an illustration of the White House engulfed in flames as a bald eagle strips flesh from the flaxen-haired carcass of Donald Trump. The alt-rock vets shared the poster from last Monday night’s (August 13) show in Missoula, Montana, which doubled as a get-out-the-vote event supporting the reelection of Montana’s Democratic Senator Jon Tester. Tester is pictured riding a flying tractor over clouds that spell “VOTE”; his Republican opponent Matt Rosendale, who’s originally from Baltimore, is pictured at bottom right with a lobster claw holding a “Maryland” flag. It’s all part of a heated race that’s found both candidates challenging one another’s local bonafides.

Pearl Jam’s artwork is a collaboration between bassist Jeff Ament, who’s from Montana, and artist Bobby Draws Skullz. It’s more cartoonish than grisly, but it’s still managed to rankle its right-wing targets: Rosendale slammed the poster as an “act of violence” and a “blatant display of extremism.” In a note appended to a sketch of the final design, Ament references Trumpian scandals (“Russian money, golf courses, hookers?”) and writes, “You know the deal. We’re at a tipping point and it’s time for action.”

Ament and Tester are longtime friends, and Pearl Jam previously played a benefit concert for the senator’s reelection in 2012. This week’s Missoula show was part of Pearl Jam’s current Home X Away Tour, which also inspired a limited-edition wine. Other recent Pearl Jam performances have included a tribute to survivors of the Parkland, Florida school shooting, a parody version of Melania Trump’s “I Really Don’t Care” jacket, and a “fuck you” chant in protest of the Trump administration’s family separation policy, meaning you’ve got full permission to mock anyone just now self-selecting out of the fan club.