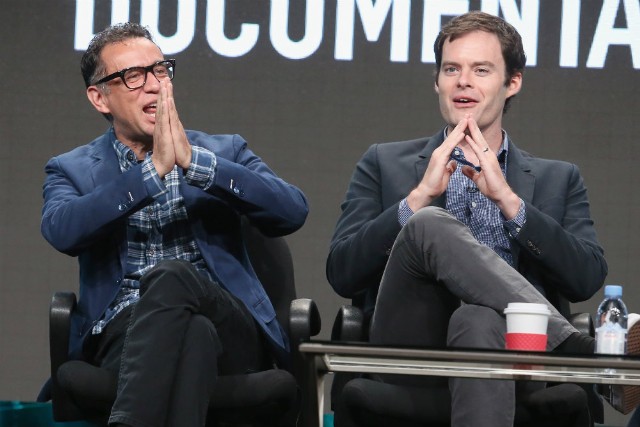 Earlier this month, IFC announced that Cate Blanchett will star in an episode titled “Waiting for the Artist,” which will parody the 2012 film Marina Abramovic: The Artist is Present. Armisen will play Dimo Van Omen a transgressive artist and ex-boyfriend of Blanchett’s Abramovic analogue character Izabella Barta. The new season will premiere on IFC on February 20 of next year.

You can watch a clip the Talking Heads parody episode below, and read our recent interview with Bill Hader here.

Bill Hader on Barry and the Anxiety of Working on SNL