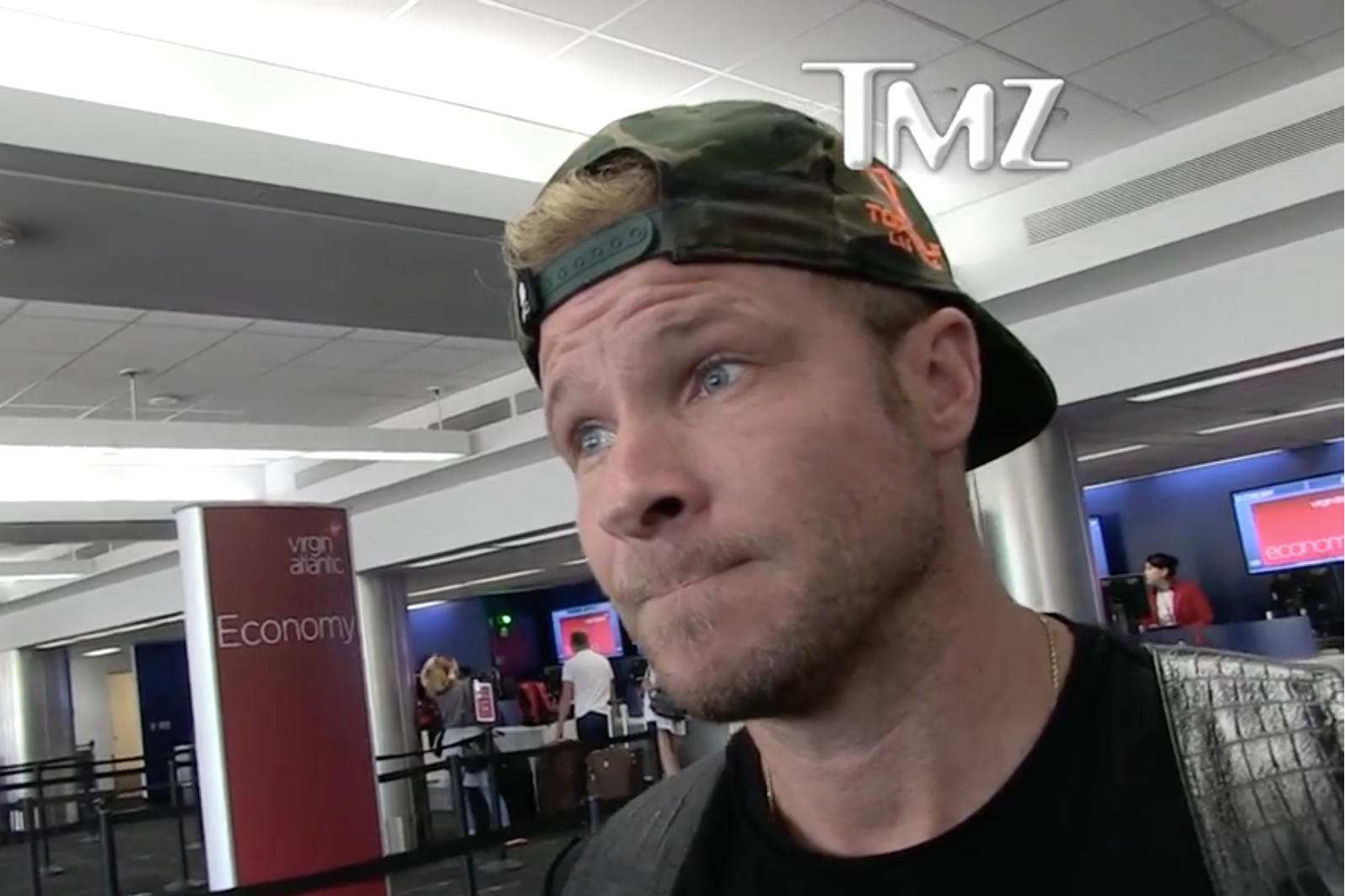 Yesterday, TMZ’s airport cameras got Backstreet Boy Brian Littrell to talk about the ongoing rape investigation against bandmate Nick Carter. “I can’t make any public statement about it,” Littrell began, and then made a regrettable one, suggesting Carter’s accuser is a “fame seeker” looking to steal the shine of BSB’s recent comeback single. “He has our full support,” Littrell said of Carter. “Unfortunately there are fame seekers that are out there. This situation, he’s been forthright and honest with us and we have to stand behind our bandmate.”

“This situation” regards allegations by former teen pop star Melissa Schuman, who in November publicly accused Carter of rape and harassment circa 2002. (Carter responded by saying their interactions were consensual.) Schuman filed a police report last year, and last week, TMZ reported the case was referred to the Los Angeles County D.A., meaning there’s a chance Carter could face charges. That’s possible because California eliminated the statute of limitations for rape in 2016, a move widely seen as a response to Bill Cosby.

“Everybody wants to know something, or get something on somebody,” Littrell told TMZ. “Backstreet Boys are top 10 on radio right now and back in people’s brains, and that’s a fortunate situation that’s [also] an unfortunate situation that there’s a little bit of baggage.” Brian Littrell probably shouldn’t talk about this subject in public anymore. See his TMZ appearance below.