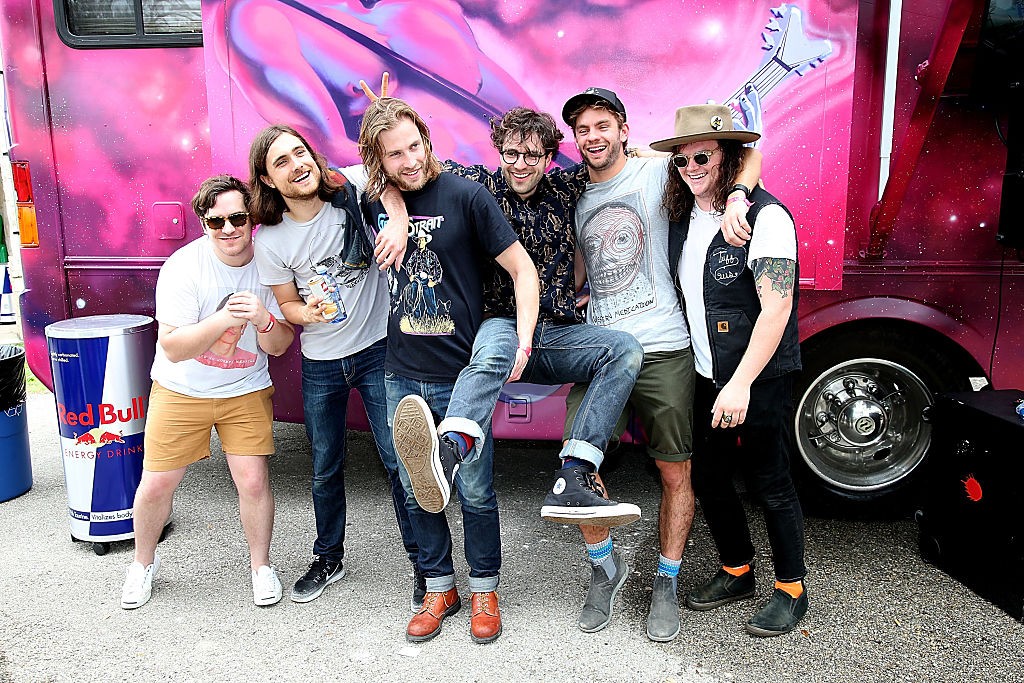 Shitty news (sorry) for fans of six-man, four-guitar punk band and scatological stoner humorists Diarrhea Planet: After nine years as a band, they’re calling it quits following a pair of upcoming hometown shows in Nashville. “We’ve had an incredible run largely thanks to all of you incredible people, but we’ve decided to bring it to a close,” the “Ghost With a Boner” hitmakers said in a statement released on social media today, without elaborating on the reasons for the breakup.

Diarrhea Planet formed in 2009 and released three studio albums, the most recent of which was 2016’s Turn to Gold, though their classic full-length probably remains 2013’s I’m Rich Beyond Your Wildest Dreams. The band recently wrapped up a tour opening for the Darkness; perhaps you caught them at Brooklyn Steel on 4/20.

Their pair of farewell shows, dubbed “Shred Thee Well,” take place September 7 and 8 at Nashville’s Exit/In. See details and the full statement from Diarrhea Planet below.

Update (1:30 p.m. Eastern): In an additional statement, Diarrhea Planet said there’s no grand drama behind their decision to split. “So here it is: Nothing really happened,” they wrote. Read their full note to fans below.

Planeteers! We would like to announce that on September 7th and 8th Diarrhea Planet will perform our FINAL TWO SHOWS as a band in Nashville, TN at the Exit/In. Whenever a band breaks up, it’s really annoying when there isn’t an explanation. So here it is: Nothing really happened. We all feel that Diarrhea Planet has run its course (yeah we finally made a poop joke but fuck it y’all love it) and are ready to move on to the next chapters of our lives. So here’s to living the good life and catching up on the things we all lived without while basically living on the road the last 7ish years. We will always cherish the time we spent playing together. The connection was real, it was exciting and electric. And most of all; we will always be grateful for each and every one of you who came to our shows. We did this for you. We lived this for you. Thank you for receiving our message, we love you all, and look forward to shredding for 2 final nights, DP with the home court advantage at EXIT/IN 9/7 and 9/8 ~ Nashville, TN