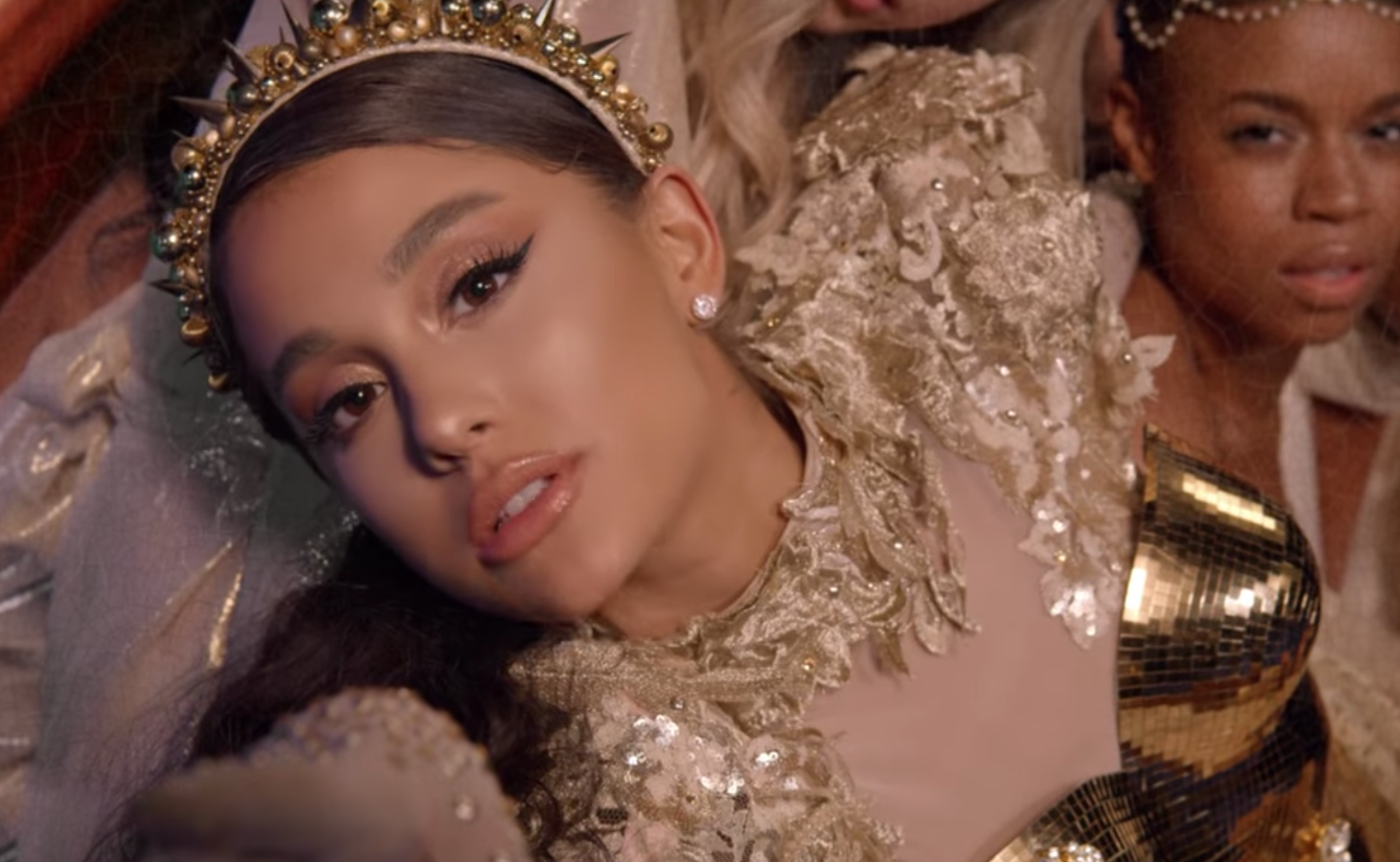 Last night, Ariana Grande released the newest single from her upcoming album Sweetener, “God Is a Woman.“ Now the track has received a very apropos clip from legendary music video director Dave Meyers, in which Grande quite literally plays the Big Woman Upstairs. Appearing in various colorful and surreal guises, Grande the God manipulates the world and shrugs off the ire of the patriarchy. In the middle of the proceedings, some scary-as-hell Muppet-esque prairie dogs scream at the top of their little lungs; ultimately, Grande ends up in the middle of the action in a feminized version of a Sistine Chapel tableau. Most importantly, though, the video features an added voiceover by Madonna, even though the elder pop icon doesn’t appear in the video. Previously, Grande released videos for other Sweetener singles “no tears left to cry” and “the light is coming.” Sweetener is due out August 17. Watch the clip for “God is a Woman” below.