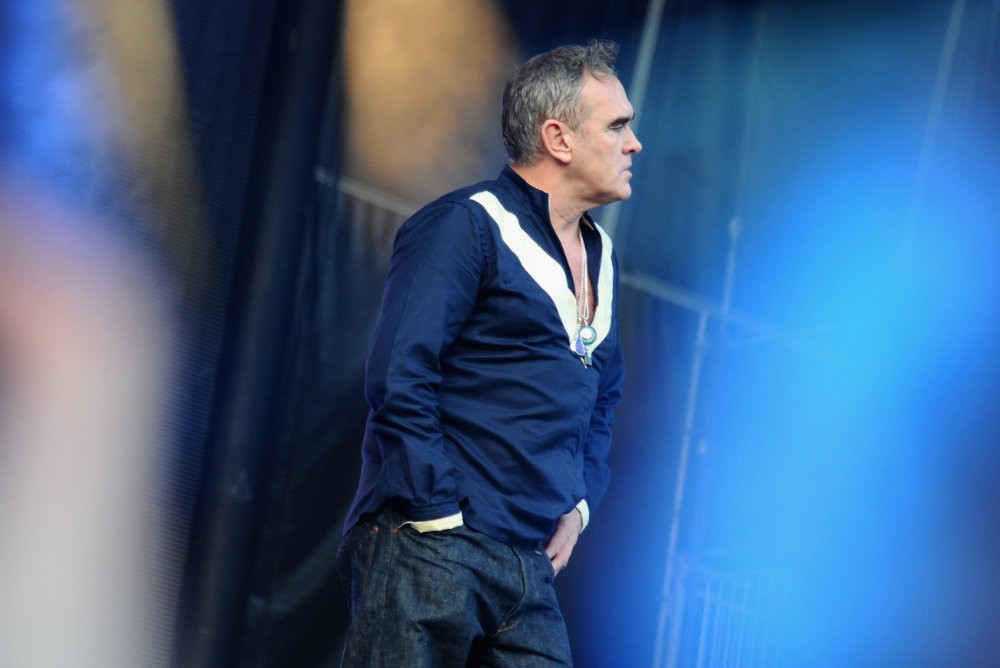 For well over thirty years, Morrissey has made it known that he won’t eat meat. But did you know that he apparently won’t eat vegetables either?

So what does the noted animal rights activist eat? According to an interview with fan Fiona Dodwell, the former Smiths frontman  only consumes beige food. Of course, don’t call Morrissey a vegan. He haaaaaates labels.

“I don’t eat animals, birds or fish,” Moz said. “I don’t consider myself to be vegan, vegetarian or carnivorous. I’m just me. I refuse to eat anything that had a mother, that’s obvious.”

The barnyard snuff film Moz typically projects when he performs “Meat Is Murder” during live shows has always been effective in telegraphing that last point. Moz, however, goes on to admit that he never met a vegetable or spice he liked. Morrissey is a man who exists solely on starches, grains, and legumes, which doesn’t sound very healthy. Still, going out to eat with this guy sounds like a damn production, and that’s before he even brings up his five alarm takes on #MeToo and support of the far right For Britain party.

“I’ve always found food to be very difficult because I only eat bread, potatoes, pasta and nuts… all stodge. I can’t eat anything that has any flavour. I’ve never had a curry, or coffee, or garlic.” Moz continued. “I’m absolutely hopeless when I’m handed a menu in a restaurant. I go directly to the Kiddie’s Meals. If I find baked beans then the night is a huge success. If you ever bring me out to dinner it’s important that you also bring a toaster.”

So much for that gospel verse on how “man shall not live on bread alone.”