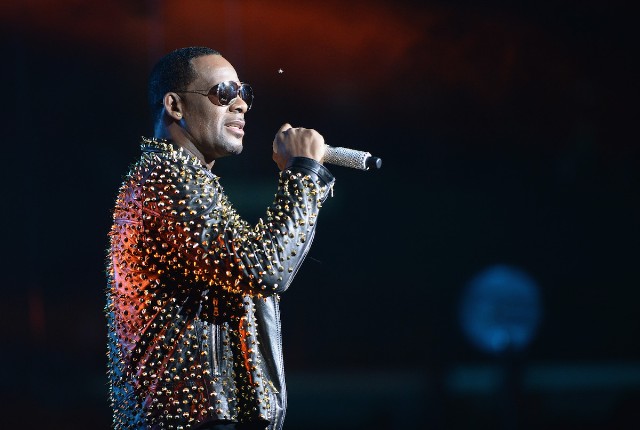 Spotify is removing R. Kelly’s music from its official “editorial” and programmed playlists as part of a new policy on hate content and hateful conduct, the service announced this morning (via Billboard). Kelly’s catalog will still be available on Spotify, but users must now seek it out directly. The decision to remove Kelly from playlists, which have become central to how streaming listeners discover and access music, comes days after the celebrity-backed Time’s Up movement called on Spotify, among others in the music industry, to take action in response to longstanding allegations of sexual abuse against Kelly. Pressure has mounted in recent months as multiple new women have come forward to accuse Kelly of abusing them and holding them in a “cult”; Kelly has consistently denied all accusations via official statements and via TMZ exclusive.

Spotify’s new policy, developed in consultation with groups including the Southern Poverty Law Center, the Anti-Defamation League, and GLAAD, spells out a definition of hate content and outlines steps Spotify will take to prevent or remove such content on its platform. Hate content, according to Spotify’s new definition, “is content that expressly and principally promotes, advocates, or incites hatred or violence against a group or individual based on characteristics, including race, religion, gender identity, sex, ethnicity, nationality, sexual orientation, veteran status, or disability.” It’s not the first time the service has taken steps to prune hateful material: Last year, racially charged violence in Charlottesville and public attention spurred Spotify to remove multiple white supremacist bands from its library.

The decision to pull Kelly from playlists falls under a different section of Spotify’s new policy: “hateful conduct by an artist,” as distinct from hate speech within a song or video. “We don’t censor content because of an artist’s or creator’s behavior, but we want our editorial decisions—what we choose to program—to reflect our values,” the policy reads. “When an artist or creator does something that is especially harmful or hateful (for example, violence against children and sexual violence), it may affect the ways we work with or support that artist or creator.”

“When we look at promotion, we look at issues around hateful conduct, where you have an artist or another creator who has done something off-platform that is so particularly out of line with our values, egregious, in a way that it becomes something that we don’t want to associate ourselves with,” Spotify VP Jonathan Prince told Billboard. “So we’ve decided that in some circumstances, we may choose to not work with that artist or their content in the same way—to not program it, to not playlist it, to not do artist marketing campaigns with that artist.”

Only R. Kelly was singled out by Spotify as an example of an artist subject to de-playlisting under the new policy. It’s not yet clear what effect the new rules may have on other high-profile artists who’ve been accused of hateful or abusive behavior.