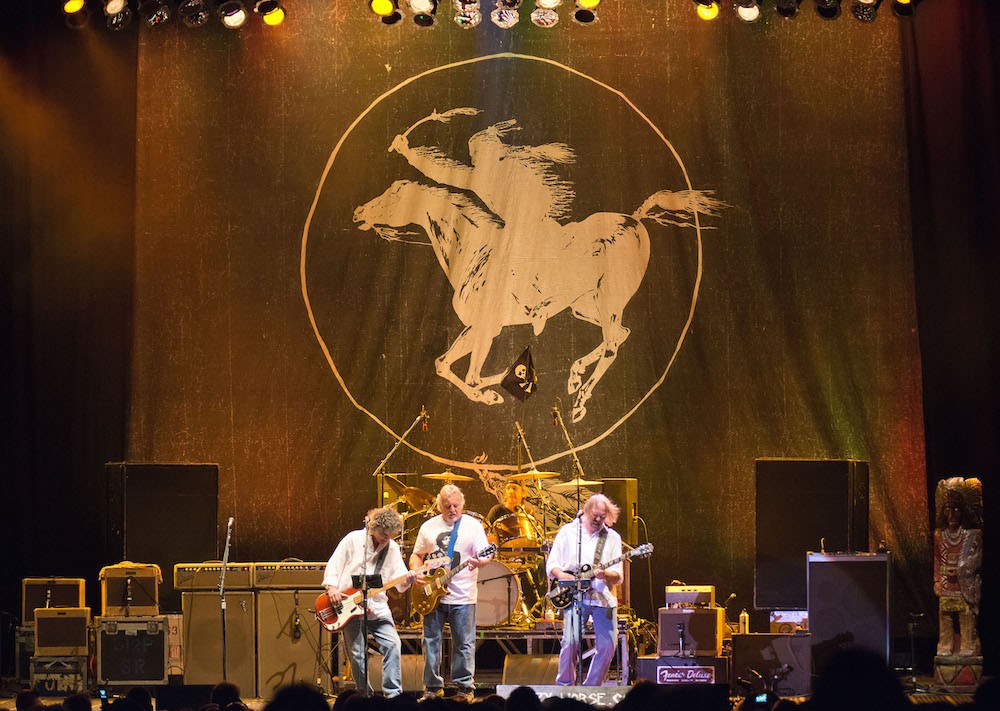 Neil Young recently made the very Neil Young move of announcing the reunion of Crazy Horse—the most beloved, reliable, and longest-running of all his many backing bands—and only booking three shows in Fresno and one in Bakersfield, forcing fans not in the area to consider traveling to the San Joaquin Valley to see their hero in action. With almost any other artist it would be safe to assume that more tour dates are on the way, but with Neil you never know.

The first of those Fresno shows was last night, and fortunately for those of us who don’t live in Central California, there’s plenty of fan-shot footage, including of rarely-played gems like 1996’s “Big Time,” which opened the set, and weathered classics like “Cinnamon Girl” and “Cortez the Killer.”

The lineup this time around is slightly different from the canonical Crazy Horse of the last several decades, featuring the great guitarist Nils Lofgren instead of Frank Sampedro. Really, Neil could have just as accurately called them the Santa Monica Flyers this time out, especially considering the recent release of an archival live album that featured that short-lived ensemble, which backed him on his classic Tonight’s the Night. They even played “Roll Another Number (for the Road)” from that album as an encore, but it doesn’t look like any video of that one has made it online.

Watch some videos below via Stereogum.