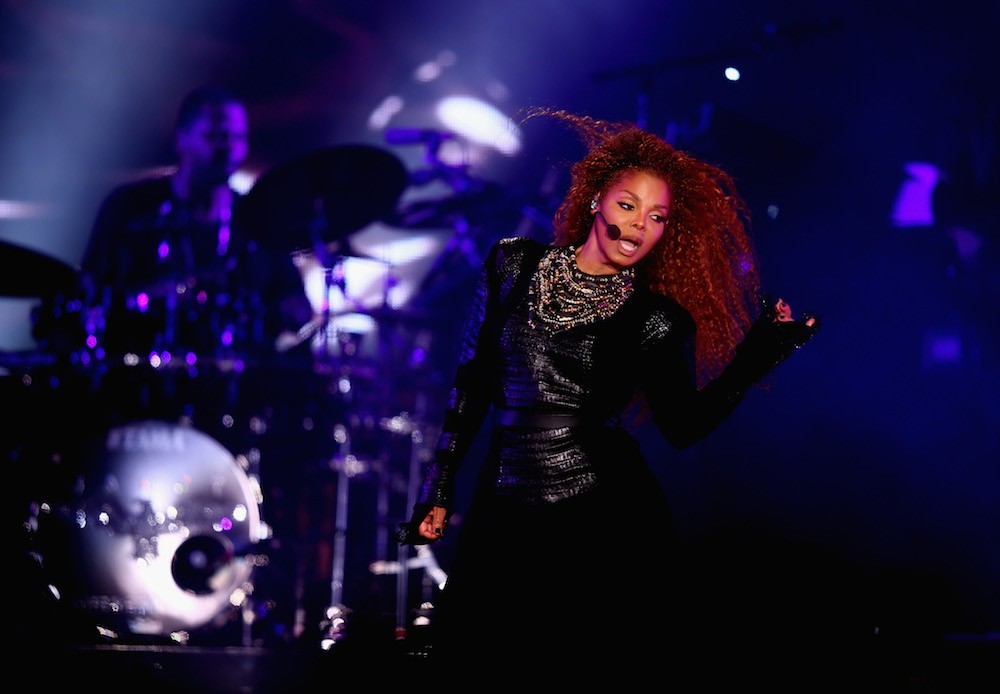 Janet Jackson is back. In a new career-spanning Billboard interview, the R&B icon revealed that she’s working on new music. It’s unclear what form the release will take or when it will arrive, but the news comes during a high-profile period for Jackson. She has a string of high-profile festival dates coming up on the latest leg of her world tour, and she’ll be performing and receiving the Icon Award at the Billboard Music Awards this weekend.

Writer David Ritz prefaces the interview by referring to “an as-yet-unannounced release,” and later asks Janet to talk about whatever music she’s currently writing. She doesn’t deny that she is writing something, but declines to talk specifics, instead discussing some of the ways in which she’s received inspiration lately:

I wish I could. I’m not trying to avoid the question and be secretive, but the truth is that I don’t try to analyze the creative process while it’s still ongoing. I’m very intuitive about writing. Anything can inspire me. This morning, I saw this lovely elderly Japanese woman walking down the streets of Hollywood wearing an adorable bonnet with bright red flowers. She might be a song. I remembered an especially painful chapter in my early life last night before going to bed. That might be a song. I woke up this morning and heard a bird chirping in a rhythm that captivated my heart. Maybe that will turn into a new groove. Like everyone else, my feelings are fluid. My ideas are fleeting. I like to keep it that way. I can’t decide in advance what a song or an album concept will be. I have to let those songs and concepts come to me rather than chase them down.

Jackson’s last album was 2015’s Unbreakable. Last year, several gossip sources reported that she was working on a new album about motherhood, but this seems to be the first time she’s acknowledged new music herself.