On Rebound, a Trip to Greece Inspires Some of Eleanor Friedberger’s Best Music to Date

Home » Reviews » On Rebound, a Trip to Greece Inspires Some of Eleanor Friedberger’s Best Music to Date

At the end of “Open Season,” a highlight from Eleanor Friedberger’s 2016 album New View, her narrator leaves some things—”antique needles,” “the money in the ceiling,” maybe some deferred emotion—for an ex-lover “beneath the oil of the Aegean sea.” On the singer-songwriter’s new Rebound, which functions as something of a Hellenic getaway, she picks those unnamed things up again, regarding them from a fresh vantage point. Eleanor Friedberger’s new album is named for a club in Athens, where the New York  resident took in and embraced the sounds of electronic music–not her normal wheelhouse, she’ll admit–at the tail end of a month-long trip to the country. The cover of the album features gaudy neon approximations of Grecian design, as well as an image of a barefoot Friedberger dressed for a party, leaning against a two-dimensional urn out of a Peabody’s Improbable History segment from Rocky and Bullwinkle.

The title and image exude playfulness and exuberance–the story of the phoenix rising from the ashes of past melancholy. But despite the ghostly impressions of club backbeats and the economical, even schoolyard-simple hooks, Rebound is imbued with a vague loneliness, a sense of detachment tempering its broader, romantic moments. With scraps of narrative told through letters, photos, and blurred memories, Friedberger’s fourth album comes across as a meditation on distance and miscommunication as much as an Instagram-ready tale of a revelatory vacation.

Rebound features a markedly new, more featherweight sound palette than any of the strummier albums Friedberger released after taking a hiatus from her more baroque-minded sibling duo Fiery Furnaces. These comfortable and consistent solo records have previously been dominated by vestiges of ‘70s Laurel Canyon pop and punchier modern indie-rock, made in collaboration with a trusted live band. But on Rebound, the solitude implied in the lyrics mimics the musical process: As opposed to working compositions through with her trusted live band, the songs blossomed from demos made on a Casio keyboard (a pinch of Leonard Cohen’s I’m Your Man), with many of the final recordings are simply expanded versions of the original files. These compositions feel more flat and somnambulant than Friedberger’s previous work, devoid of jangle, propelled by palm-muted rhythm guitar and sibilant drum pads. There is a Julee Cruise-ish centerpiece in the middle of the record, set at Rebound’s eponymous club: the snaking, chorus-drenched guitars of “It’s Hard” conjuring the feel of the Twin-Peaks-famous “Rockin’ Back Inside My Heart.” As if providing a bit of word painting, snippets of a housey backbeat impinge on the primary drum loop before the groove is quickly pulled away from. “It’s Rebound where time stands still,” Friedberger murmurs, and as the guitars continue to swirl and Friedberger’s grasp on the scene seems to get away from her, the Lynchian impressions compound.

For all their many moments of disarming directness (see especially “Nice to Be Nowhere” and “Showy Early Spring”), Friedberger’s songs often eschew clear impressions and explore the fragmentary nature of modern correspondence. The perspective often seems to come from a narrator sitting at a writing desk, over a glass of Jameson (whisky crops up in several songs), with memories of past loves, parties, and falling outs “blur and fade” before her eyes. By Friedberger’s own account, a number of Rebound‘s songs were composed using errant phrases from letters and text messages. The arpeggiator-driven reverie “Are We Good?” is the clearest example of this collage-and-quotation technique. Its chorus is an ad infinitum repetition of its vague, eponymous question–a favorite among neurotic texters attempting to clarify an emotional connection to someone out of reach. Some of its strange, impulsive corners could have been slotted into one of the Fiery Furnaces’ absurdist musical screeds: “I played croquet, it was croquet/Mowed the lawn and killed seven snakes…Outside a gas station a dog winked at me/He’s not even barking in the right language.”

Almost without exception, the songs on Rebound wrestle in real time with an ambivalent temptation toward pop writing before inevitably subverting themselves in evocative ways.  Friedberger’s stories cycle between disarming revelation and esoteric diversion, and the music itself mimics this conflict. “In Between Stars,” for instance, is both the most instantaneously appealing song on the album and one of its stranger compositions. Plush synth chords shift around a central sing-song refrain, but eventually, that subtlety is weeded out; the song’s sleek forward momentum is suspended in favor of a rude, blaring guitar lick in the center of the mix. Ultimately, unlike the pop anthem it initially suggests itself to be, it decomposes rather than culminates, concluding with a slightly forlorn-sounding admission of clouded perception, set to tinny handclaps: “I don’t know how I’ve come to see the world/Exclusively through your eyes/Everything I buy and eat and do with you in mind.”

Eleanor Friedberger is a full 15 years into experimenting with exploding traditional pop songform, either toying with or outright smothering expectations. During their mid-aughts heyday, the Fiery Furnaces sutured together programmatic epics whose syntax often seemed to be inspired more by modernist literature than pop music from the second half of the 20th century. On Rebound, Friedberger, a very different artist these days, seems enamored with the darker impressions that can slither suggestively beneath the surface of an apparently straight-forward four-minute pop song. While writing some of the most accessible music of her career, she makes fun of the assignment a bit while completing it. The maturity of her songwriting voice on Rebound is staggering, and makes her enterprise feel like an emotionally embodied exercise as well as a technical, aesthetic one. 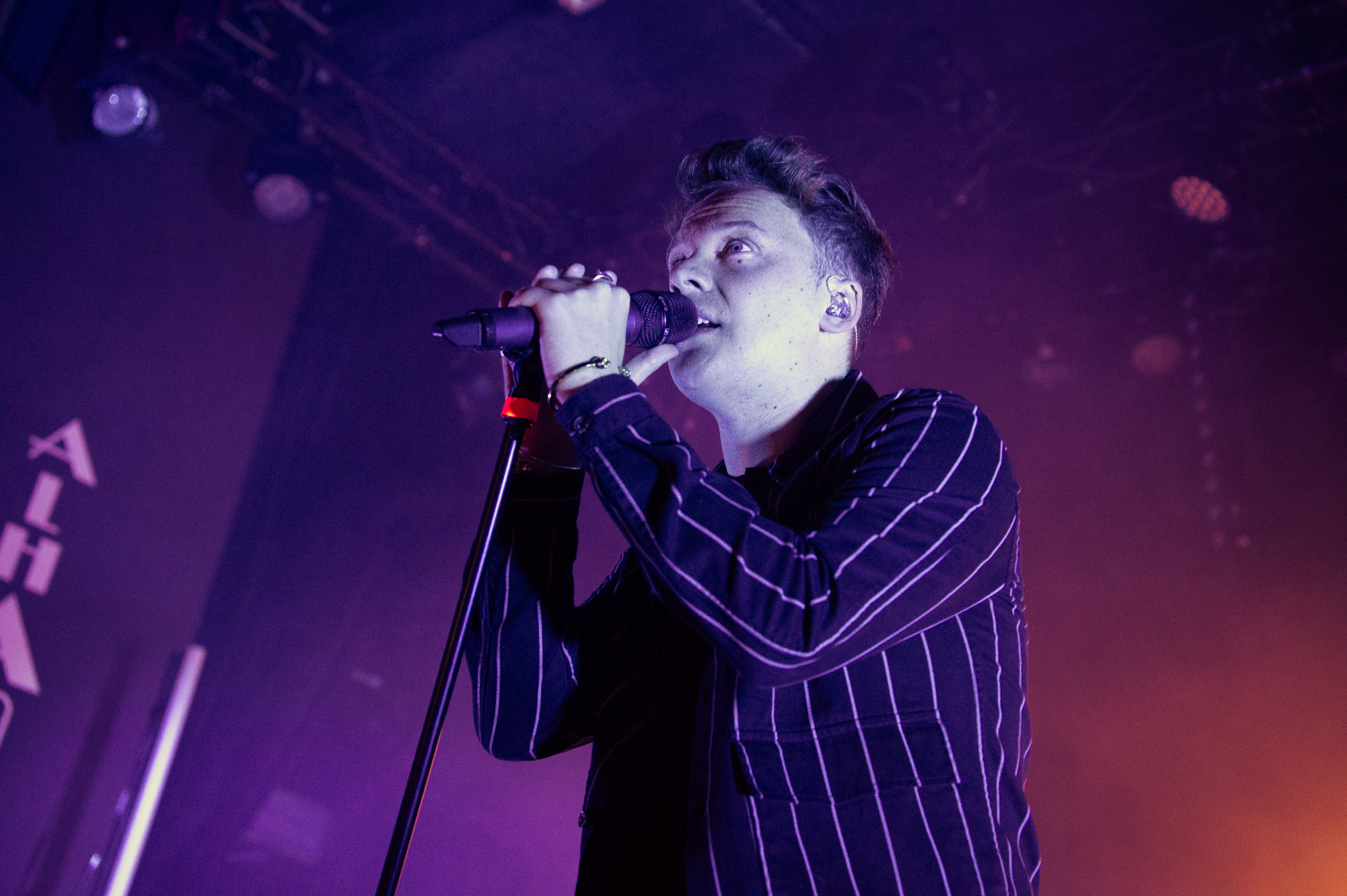 A Day in the Life of… Conor Maynard 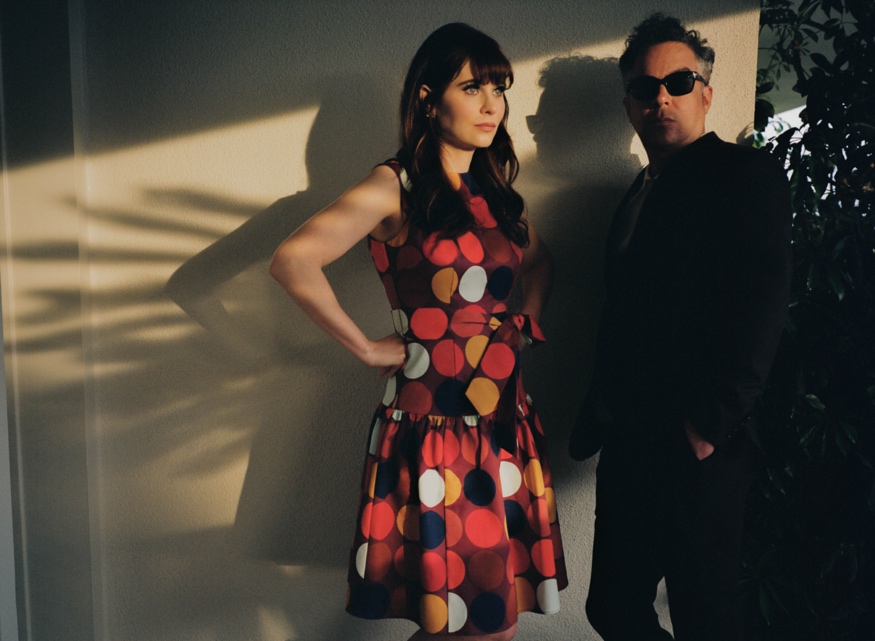