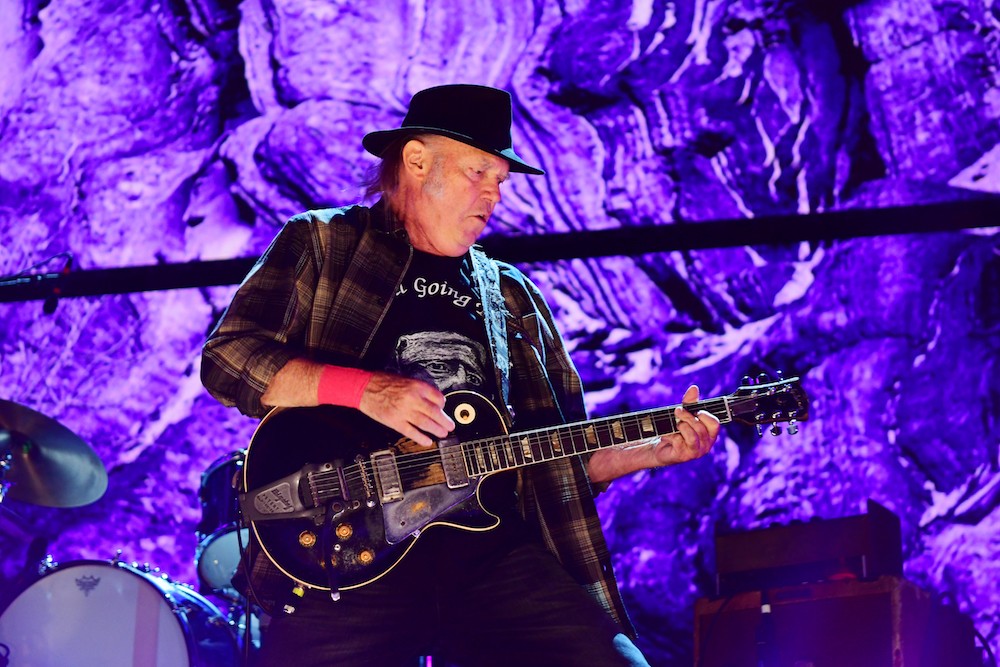 Neil Young will star in Paradox, a truly wild-sounding western film directed by Daryl Hannah and featuring characters with names like “Jail Time,” “the Particle Kid, and “the Man in the Black Hat.” Today, Young and his band Promise of the Real have announced the movie’s eponymous soundtrack, which will arrive March 23 via Reprise. Judging by the tracklist, Paradox will feature versions of previously recorded Neil songs both new and old, original music recorded for the film, and covers of Willie Nelson, Jimmy Reed, Lead Belly, and the Turtles.

Nelson also appears in Paradox the movie, as do his sons Lukas and Micah Nelson, both of whom are members of Promise of the Real. The film will debut at SXSW and be released on Netflix and in a limited theatrical run March 23. See the soundtrack tracklist below.

Andy Cush
Tags: Neil Young, The Promise of the Real