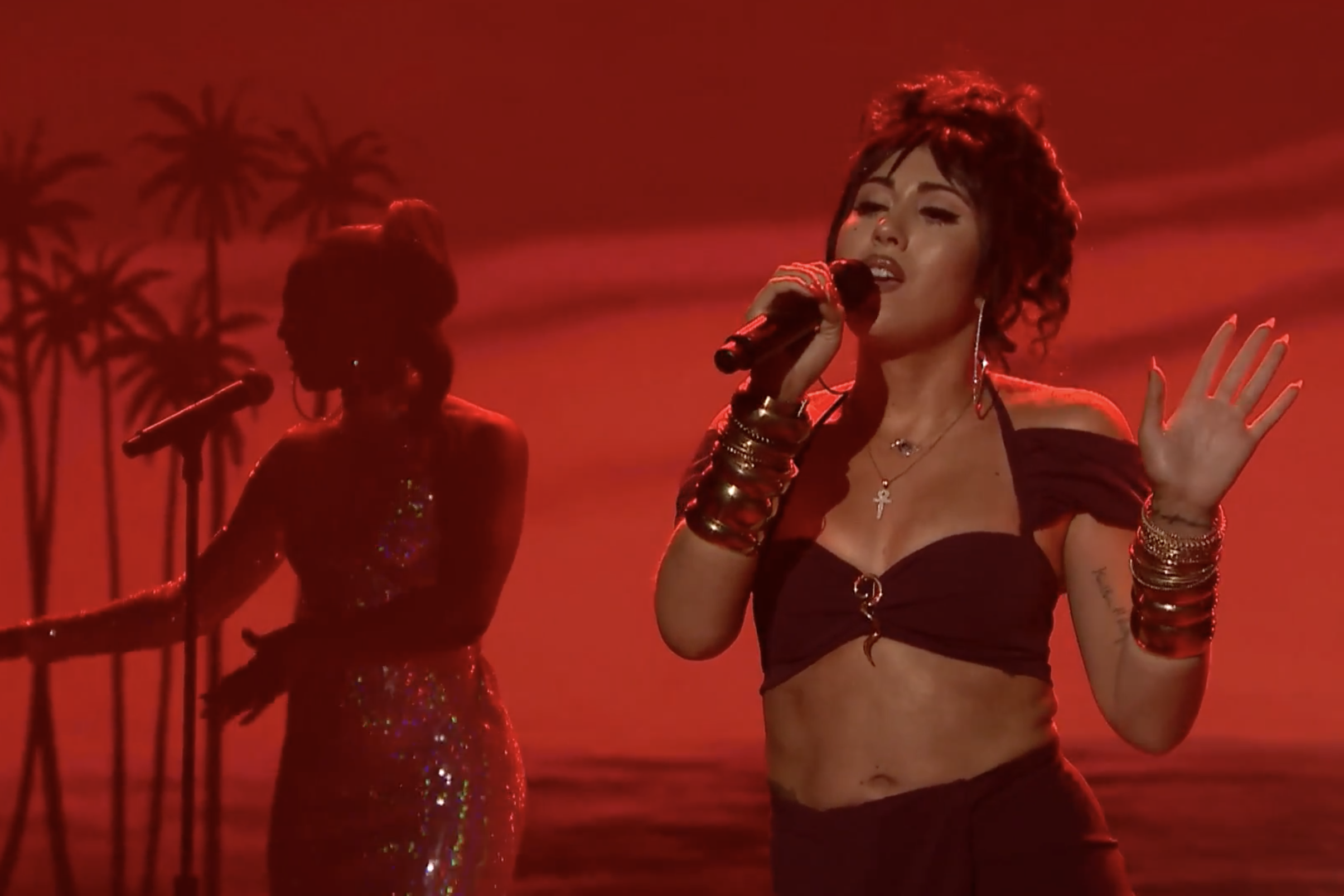 This was not Kali Uchis’s first time on late night television—she guested with Gorillaz alongside Damon Albarn on the Late Show last spring, and with Tyler, the Creator on the Tonight Show this past fall. But last night Tyler finally got a chance to return the favor, assisting Uchis in her own steamy, Roots-assisted performance Tonight Show performance of “After the Storm,” which in its studio version features both Tyler and Bootsy Collins.

You’ll also notice Jimmy Fallon holding a copy of Uchis’s long-awaited debut solo album, which now has a title and a release date: Isolation is out April 6 from Interscope. Watch Kali Uchis perform “After the Storm” below.