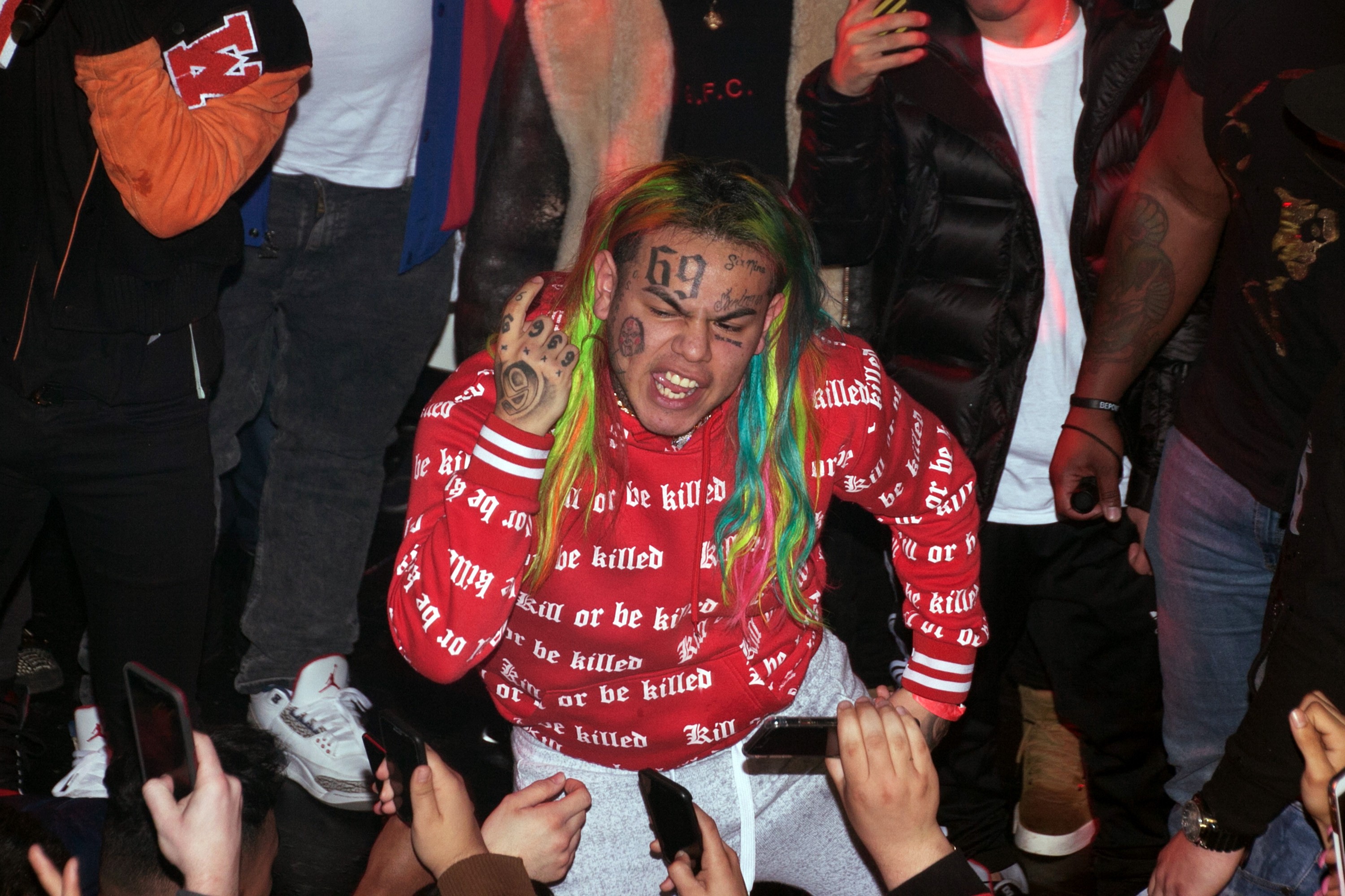 Yesterday, the rapper 6ix9ine posted the following image and caption to Instagram: 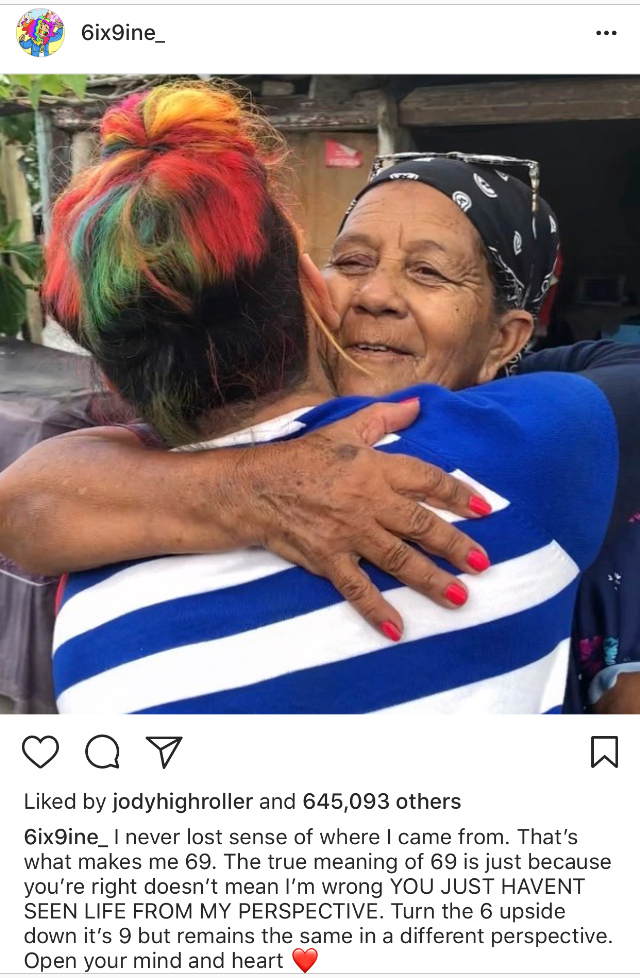 There’s a lot to process here. “Turn the 6 upside down it’s 9 but remains the same in a different perspective,” for instance. There’s also just the general notion of 6ix9ine, convicted of “use of a child in a sexual performance,” posting inspirational Instagram content. But, of course, the sentence that really sticks out is: “The true meaning of 69 is just because you’re right doesn’t mean I’m wrong YOU JUST HAVEN’T SEEN LIFE FROM MY PERSPECTIVE.”

I sympathize with part of that sentence. “Just because you’re right doesn’t mean I’m wrong” is a perfect way to end an argument. Nonetheless, it’s really hard for me to get past the idea that that is “the true meaning of 69.” 6ix9ine has gotten famous so perhaps he feels that he’s more of an authority on 69 than the rest of us, but I’m here to say that “the true meaning of 69″ is sex.

Thank you, and no other arguments will be heard at this time.