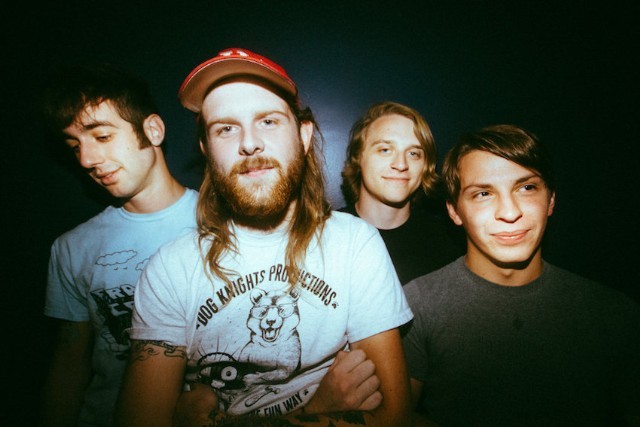 Last year, Sorority Noise released You’re Not as ______ as You Think, a crushing and intimate and darkly funny reflection on surviving your friends’ deaths without losing your mind. It’s one of Spin’s favorite albums of what’s often called the emo revival, and Sorority Noise aren’t quite ready to put it down either. This past fall, they released two outtakes, “Week 51″ and “Fermata,” and today, they announced a full-length reworked record with new, stripped-down arrangements and added strings. They’ll be releasing it March 16 under the title YNAAYT, joining the Shins and Strand of Oaks as the latest band to produce a full-length alternate version of their most recent studio album.

The track list of the rearranged YNAAYT departs slightly from the original: A delicate cover of Leonard Cohen’s “Chelsea Hotel No. 2″ (which you can hear below) replaces “Where Are You?,” and a new closing track titled “Windowwww” replaces the original, “New Room.” For another taste of frontman and songwriter Cameron Boucher’s mellow side, try “of alaska” and “1 tl (reprise),” a pair of acoustic solo songs he released for a Valentine’s-themed charity split release with Field Medic last week. Preorders for YNAAYT are available from Sorority Noise.