Liam Gallagher Was in Two Places at Once Last Night 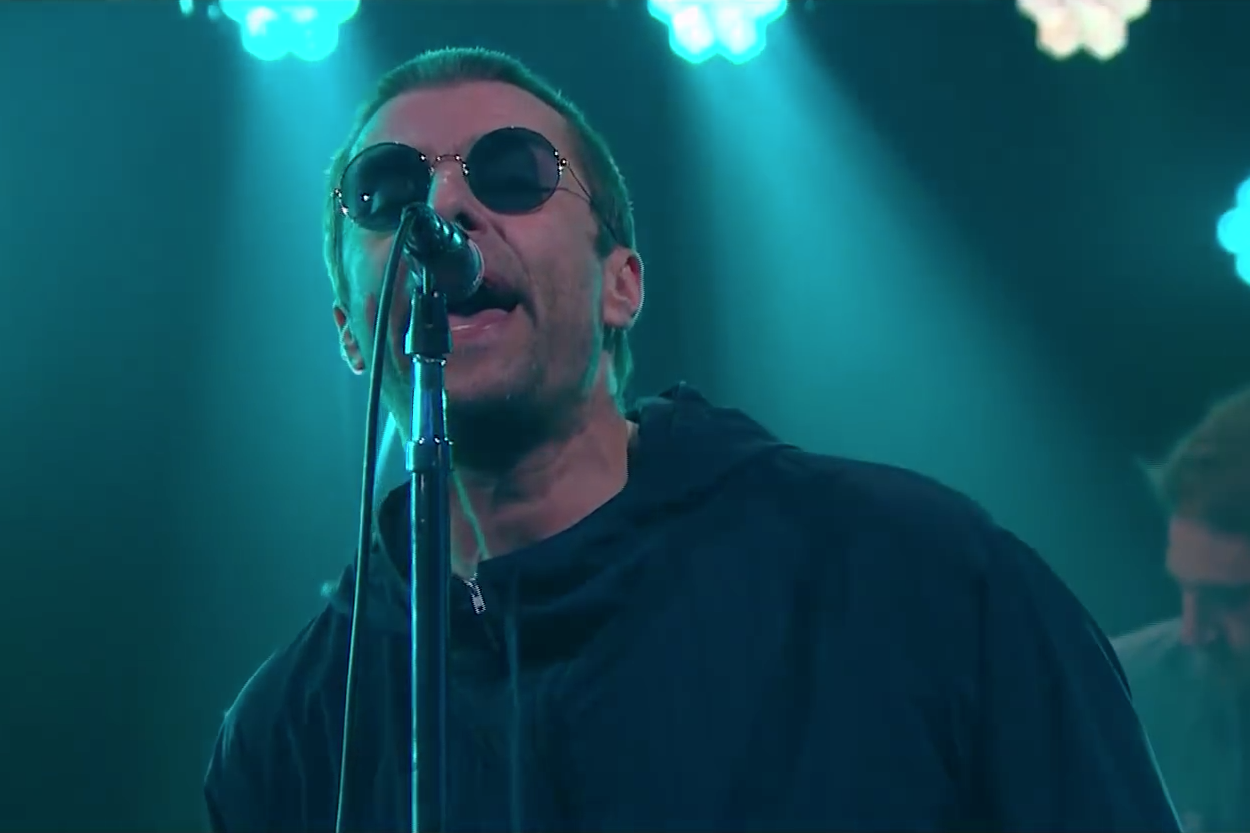 Liam Gallagher was all over the place on Wednesday: He was at the BRIT Awards, where he delivered a well-received rendition of “Live Forever” to honor victims of last year’s Manchester Arena bombing after illness forced Ariana Grande to bow out of the ceremony last minute. Later he went to an afterparty, where the Daily Mail reported that he “hilariously opted to carry his drink out of the venue in his pocket, however failed to pull off a stealth departure by spilling the beverage on his trademark khaki coat.” Classic!

But if you were watching late-night television in the U.S. last night, you’d be forgiven for thinking that Gallagher was halfway around the world, (rather badly) singing a song from his four-month-old album As You Were on The Late Late Show With James Corden. From the looks of his John Lennon sunglasses, Gallagher and his band recorded this version of “I’ve All I Need” at the same time as their previous Late Late Show appearance, back in October. In any event, it certainly wasn’t live—as of last night’s BRITs, the real Liam Gallagher has grown-out hair and a full beard.

This particular segment would’ve sounded better on a shelf in the CBS vault, so airing it on the one night Liam Gallagher was certain not to be paying attention feels more like some kind of payback. He did call Corden “that fat bloke from Kevin & Perry” (he meant Gavin & Stacey) once. Watch a probably-four-month-old performance of “I’ve All I Need” below.