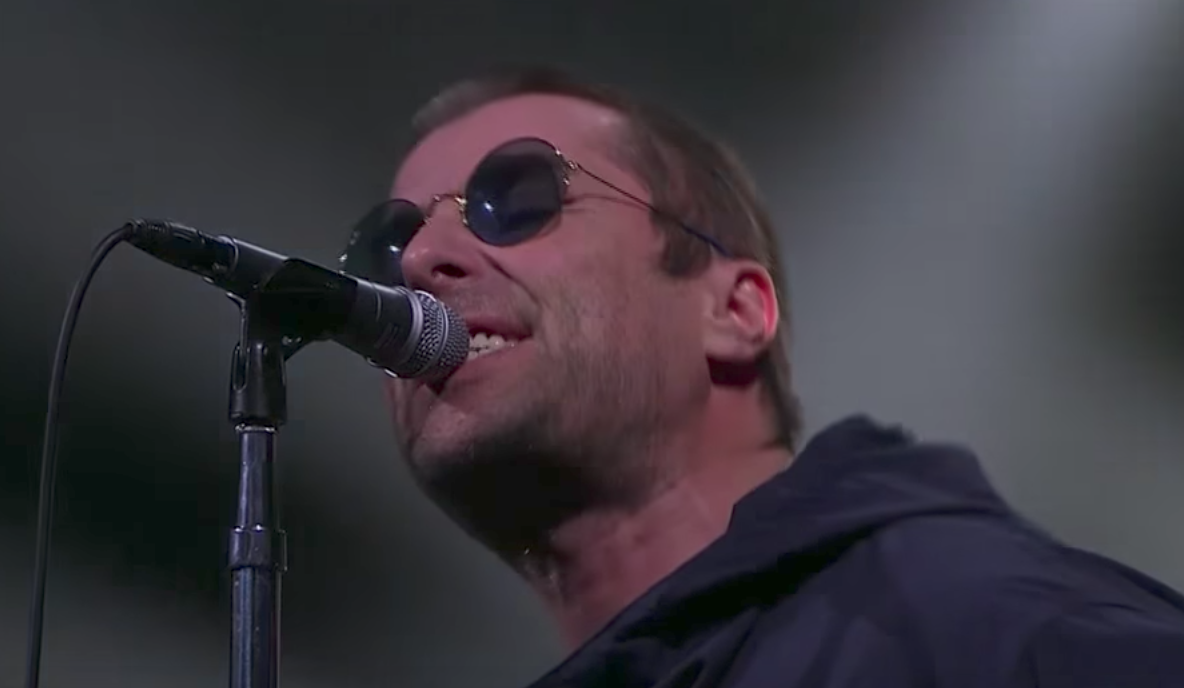 Liam Gallagher recently referred to The Late Late Show host James Corden as “that fat bloke from Kevin & Perry,” mixing up the title of Corden’s former UK  sitcom Gavin & Stacey. Gallagher said, “I don’t need to watch it to know I won’t like it. James Corden is a knobhead” and explained that there was “no fucking chance” he’d ever do Carpool Karaoke. Corden later responded, facetiously wondering how “how we’ll even think of carrying on. Yeah, God, what will we do?”

And yet Liam performed on the Late Late Show last night, after tweeting previously to clarify that Corden was “a fine chap got that 1 wrong.” Complete with Lennon-shaped sunglasses, Gallagher shook maracas and drawled with his customary poker face in front of a banner reading “Rock’n’Roll,” performing “Wall of Glass,” the lead single from his new album As You Were. Watch the performance below, and read our review of As You Were here.