The new year’s weirdest beef continues as singer Seal attempts to walk back his pointed criticism of Oprah Winfrey and then pulls actress-turned-conservative-pundit Stacey Dash into this mess. In a video statement shared on Facebook,  Seal tried to claim that an Instagram post featuring nothing but two photos of Oprah with Harvey Weinstein with the caption “When you have been part of the problem for decades, but suddenly they all think you are the solution” actually “was not an attack on Oprah at all.”

“Now let’s get straight to it. Let me start by saying that I have an enormous amount of respect for everything that Oprah has achieved and contributed in her life,” Seal said in the video. “What I reposted was not an attack on Oprah at all. She just happened to be the person photographed with the pig [Harvey Weinstein] in the picture. No, what I reposted was commentary on the hypocritical and double-standard nature and behavior of Hollywood.”

If Seal wanted to make a comment on the hypocritical nature of Hollywood, he could have easily used one of many photos of his ex-wife Heidi Klum posing with Project Runway producer Weinstein, but he didn’t. He also could have shared a meme with a variety of show biz types cozying up to the accused predator, but he didn’t. He chose to share a meme explicitly centered around Oprah shortly after she endorsed the #MeToo movement in her Golden Globes acceptance speech. 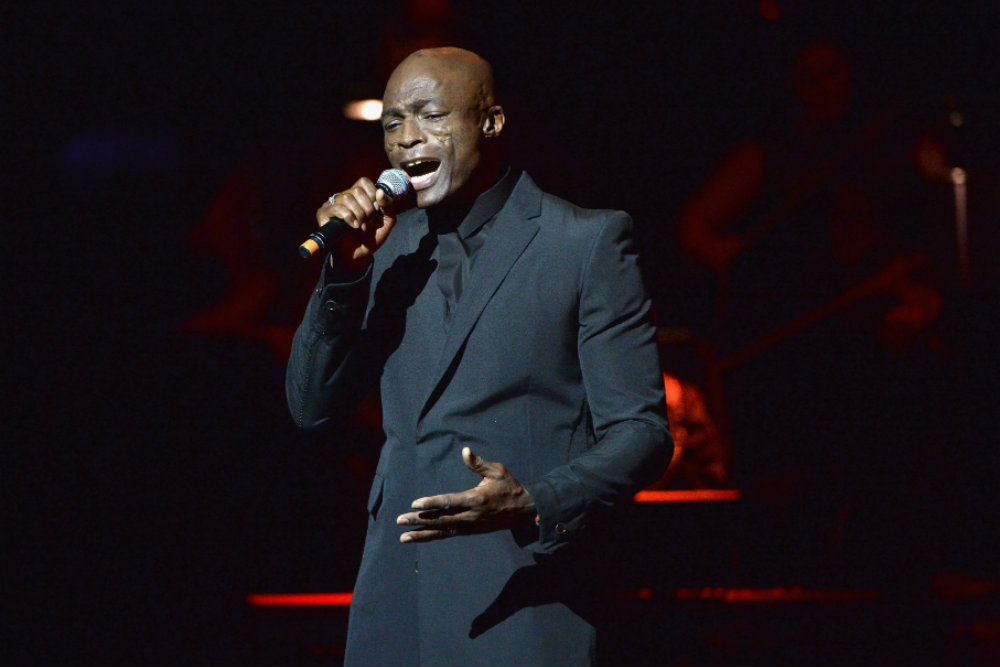 Seal went on to explain that none of the men accused of sexual misconduct in the post-Weinstein Hollywood reckoning have received anything close to actual justice, despite being fired from movies and ousted from studios, because they, so far, have not been convicted of any crimes. The “Kiss from a Rose” singer posits that Weinstein and other accused predators wouldn’t be walking around as free men if they were black, which, fair point.

The Batman Forever soundtrack contributor saved most of his bile for Fox News talking head Dash, who tweeted support for the singer’s criticism of Hollywood.

Ouch, he does make a good point though. https://t.co/y40NrrdbJa

“And, Stacey Dash, keep my name out of your mouth. Do not retweet, re-quote anything I have said in order to reinforce your self-hating agenda,” Seal said before referencing the film Get Out. “You live in the Sunken Place.”

Seal ends the video by applauding survivors of rape and sexual abuse for coming forward.

One person Seal didn’t address was Chrissy Teigen who slid into the comments on his accusatory Oprah meme and left a rather ominous message.

“Hmm. Let’s just say we’ve all heard things about each other,” Teigen wrote, “haven’t we?”