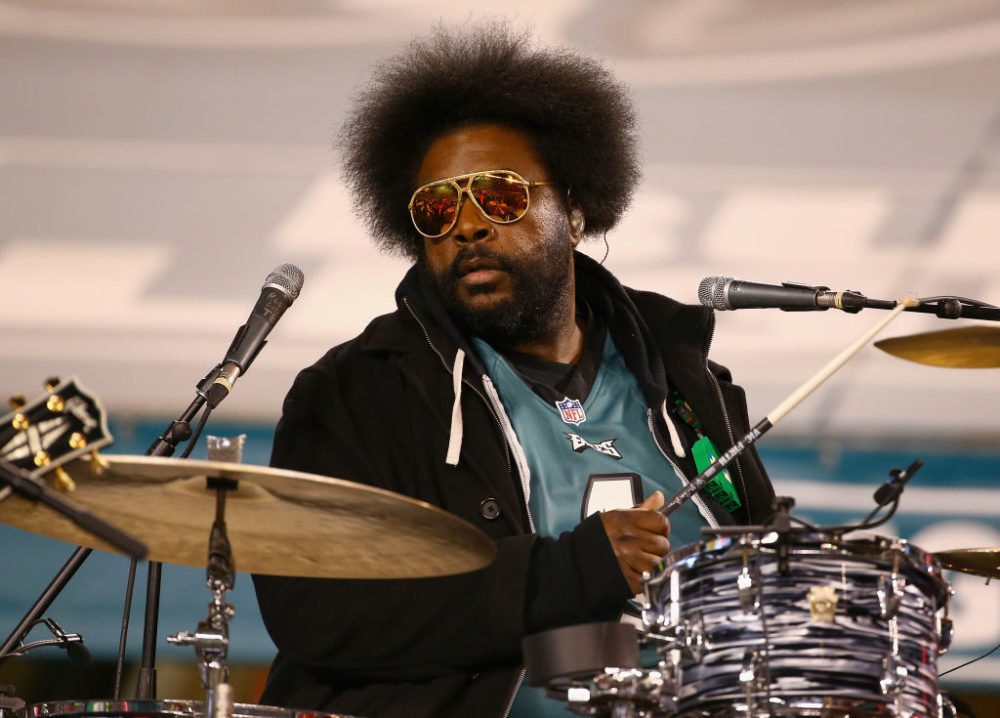 Questlove has responded to a report that two white former camera operators at The Tonight Show Starring Jimmy Fallon have sued him and NBC for racial discrimination. The Roots’ drummer denied the allegations in a statement to Pitchfork and called the lawsuit “disrespectful” to legitimate survivors of racism.

“Questlove denies the ridiculous allegations made in this lawsuit,” a representative wrote. “Racism is REAL and exists throughout the world and for these gentlemen to claim victim is not only disrespectful to Questlove and his bandmates, but to all that truly endure racism on a daily basis. As NBC already stated, the decisions made regarding these employees were made by NBC, alone.”

The cameramen Kurt Decker and Michael Cimino were allegedly fired after receiving, along with The Roots’ Mark Kelley, an unsolicited racist text message from an NBC stagehand. Decker and Cimino claim Questlove “demanded” their termination after discovering the message and the network obliged. NBC has denied that Questlove played a role in the personnel decision.

“NBC is committed to providing a work environment in which all individuals are treated with respect and dignity,” an NBC spokesperson said in a statement. “We have strong policies in place that protect against discrimination in any form. The decision about these plaintiffs was the company’s alone.”

Questlove also tweeted about the situation, calling it “bullshucks.”

Not that I should have to RT this bullshucks but yeah….that time I got sued for being offended by racism https://t.co/RSe5GK1HdH