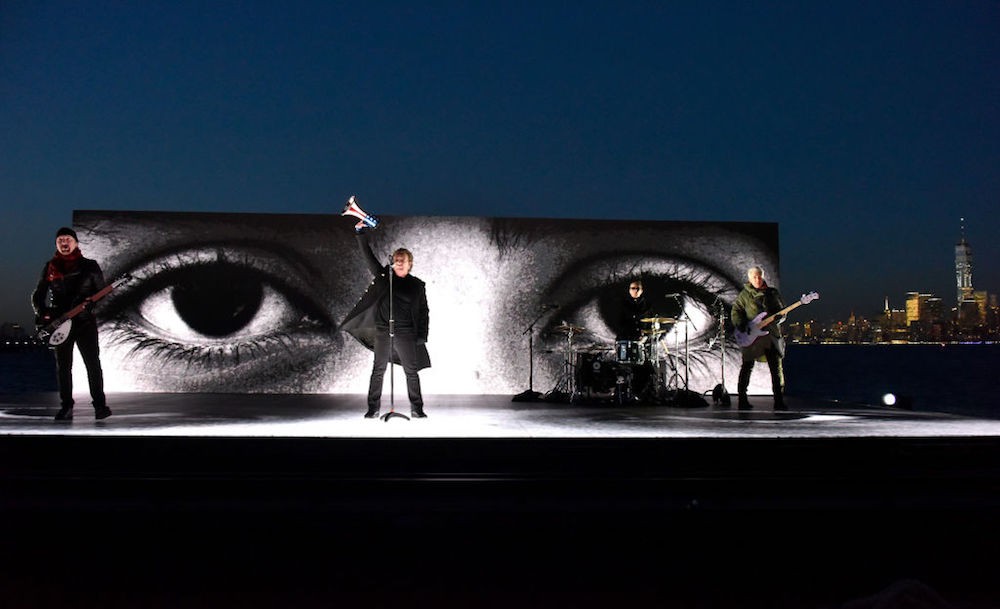 Twenty-two time Grammy winners U2 performed “Get Out Of Your Own Way” off their latest album Songs of Experience for tonight’s Grammy broadcast. Last week, TMZ revealed the band were scheduled to pre-record their performance Friday night on a barge in the Hudson River. After an introduction from Camila Cabello that touched upon DACA and our nation’s Dreamers, cameras cut to U2 performing the political track on the Hudson before the Statue of Liberty.