Eight actresses participating in tonight’s black dress protest at the Golden Globes are bringing organizers and activists to accompany them on the red carpet. The group includes Tarana Burke, founder of the #MeToo campaign and senior director of Girls for Gender Equity, who will accompany “All the Money in the World” nominee Michelle Williams, and Ai-jen Poo, director of the National Domestic Workers Alliance, who will accompany “The Post” nominee Meryl Streep.

In a joint statement, the eight activists called the invite an opportunity to focus attention away from sexual abusers and toward solutions. “We believe we are nearing a tipping point in transforming the culture of violence in the countries where we live and work,” the women said. “It’s a moment to transform both the written and unwritten rules that devalue the lives and experiences of women.”

The move is one of several initiatives by an organization called Time’s Up, which a broad coalition of Hollywood women organized in the wake of reports exposing the entertainment industry as predatory. The group has called for actresses to wear black dresses to the Golden Globes, launched a legal defense fund to combat harassment in low-wage workplaces, and is campaigning for equal gender representation at leadership levels in companies across the industry.

The Globes blackout places particular attention on tonight’s broadcast, where actresses are expected to use red carpet interviews and acceptance speeches to address the political moment. Inviting organizers is a savvy way to pass the microphone to those advocating for marginalized women outside the Hollywood bubble. The full list of activists, as well as their full statement, is below. 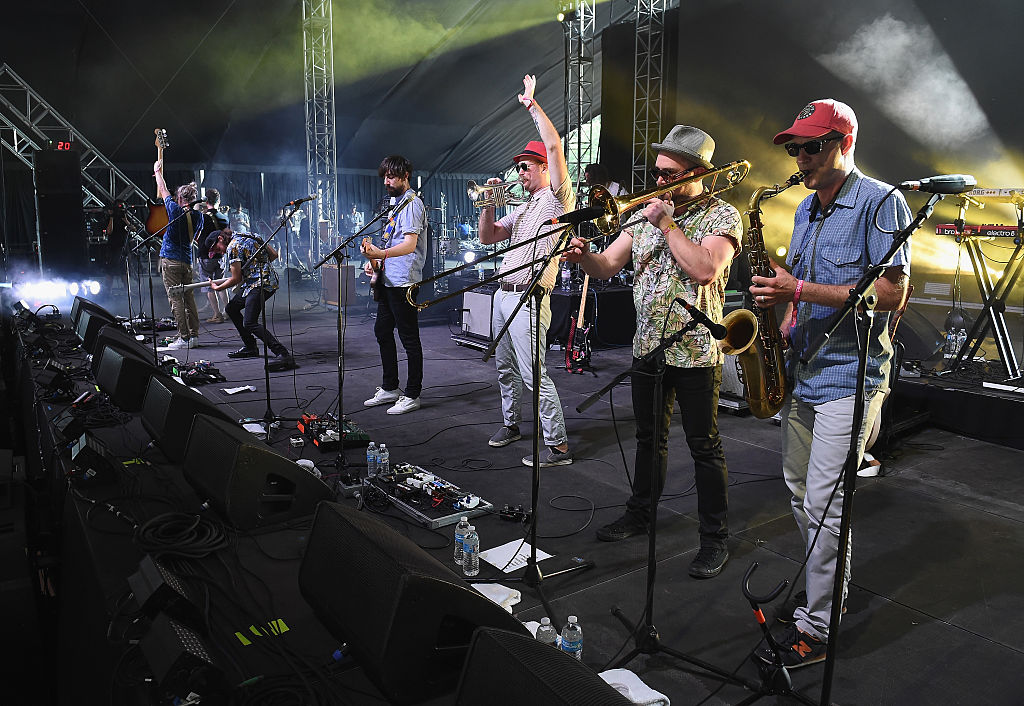 As longtime organizers, activists and advocates for racial and gender justice, it gives us enormous pride to stand with the members of the TIMES UP campaign who have stood up and spoken out in this groundbreaking historical moment. We have each dedicated our lives to doing work that supports the least visible, most marginalized women in our diverse contexts. We do this work as participants in movements that seek to affirm the dignity and humanity of every person.

Too much of the recent press attention has been focused on perpetrators and does not adequately address the systematic nature of violence including the importance of race, ethnicity and economic status in sexual violence and other forms of violence against women. Our goal in attending the Golden Globes is to shift the focus back to survivors and on systemic, lasting solutions. Each of us will be highlighting legislative, community-level and interpersonal solutions that contribute to ending violence against women in all our communities. It is our hope that in doing so, we will also help to broaden conversations about the connection to power, privilege and other systemic inequalities.

Many of us identify as survivors of sexual harassment, assault and violence ourselves and we believe we are nearing a tipping point in transforming the culture of violence in the countries where we live and work. It’s a moment to transform both the written and unwritten rules that devalue the lives and experiences of women. We believe that people of all genders and ages should live free of violence against us. And, we believe that women of color, and women who have faced generations of exclusion – Indigenous, Black, Brown and Asian women, farmworkers and domestic workers, disabled women, undocumented and queer and trans women — should be at the center of our solutions. This moment in time calls for us to use the power of our collective voices to find solutions that leave no woman behind.

This past year was a powerful one in the fight for gender equity and against sexual violence against women – from the Women’s March to the re-emergence of ‘me too’ as a viral hashtag that brought more than ten years of survivor-centered work to the mainstream. There is still much work to do, and many hands required to do it. We want to encourage all women- from those who live in the shadows to those who live in the spotlight, from all walks of life, and across generations- to continue to step forward and know that they will be supported when they do.

The #TIMESUP initiative joins an ever-growing collective of organizations, movements, and leaders working to end gender-based violence. We look forward to partnering with them and others to organize, support all survivors, and find solutions that ensure a future where all women and all people can live and work with dignity.